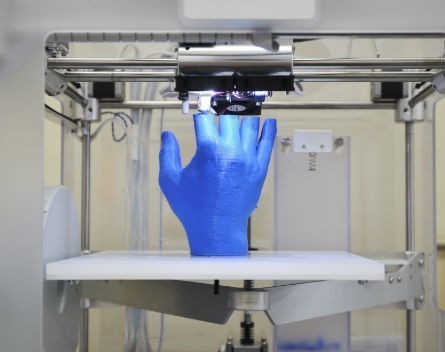 The partnership follows the announcement of a 10-year plan by the South Korean government that will see 20% of the country’s population have 3D printing skills by 2020.

As part of the initiative, all South Korean schools will be supplied with 3D printers and more than 10,000 teachers trained on how to use them.

The distribution deal follows Makers Empire’s success in the US, where it partnered with American toy giant Sphero.

Chief executive of Makers Empire, Jon Soong, told StartupSmart it was exciting to see South Korea lead the way with 3D printing by making it part of the school curriculum.

“The South Korean government announced they were going to put 3D printers in around about 6000 schools, so for us that was the kind of market that’s going to move first,” he says.

“It makes sense to go fishing somewhere where they are interested in what you’ve got.”

Soong says when it comes to doing deals with overseas companies, Aussie entrepreneurs should make sure it “feels like a real partnership”.

“We’re still learning – I don’t think we’ve got it nailed by any means – but we’ve learnt the kind of company we’re looking for and try to meet the people and get a feel for them,” he says.

“If they don’t answer your Skype calls or text messages quickly, just stay away because it’s not just going to work.”

While Soong acknowledges that 3D printing is expensive and at the moment largely constrained to “the tinker or hobbyist”, he argues that’s all about to change.

“A lot of the government departments of education and independent school boards and different associations are very interested at the moment,” he says.

“The Napthine government – who didn’t get returned – said they would put 3D printers into all schools in Victoria, so we see this as a good sign. This is a market at a tipping point and with South Korea putting 3D printers in schools it’s just the start.”