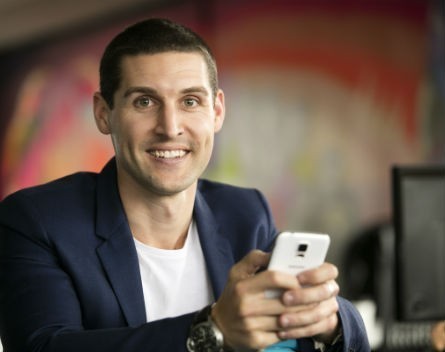 A Melbourne startup has launched a new product that will serve smartphone users advertisements when they unlock their devices as a way of for paying for services.

In exchange for agreeing to be advertised to in this manner, users receive discounts on data, credit, or even entirely free plans.

The team has been forming partnerships with telcos and has closed three investment rounds this year that totalled “well into double digit millions” and is now launching publicly in Australia through a partnership with Labara Mobile.

Unlockd has been backed by an array of big players in the tech and media world, including Seek’s Matt Rockman, Lachlan Murdoch and the founders of Catch of the Day.

Out of stealth mode

Berriman says it was a challenge to keep things under wraps to stay ahead of any potential copycats, while  ensuring the company was ready to go global from the day it launched.

“We knew this was a very attractive market globally and didn’t want to launch publicly eight months ago and give people an eight months start. We’re confident we can get to market first and be the first to scale,” he says.

Unlockd’s secret, Berriman says, is in the tech IP that allows for ads to appear upon unlocking the phone, and that the startup has a number of patents in Australia and internationally.

“We have a clear leading position in this space, and it’s defensible,” he says.

Ads in exchange for revenue

The startup will be licensing this platform to telecommunications companies which can then rebrand it as they wish, and decide the specifics on how many ads will appear and what the financial payoff will be.

Unlockd still owns the entire inventory, and will be selling the ads and collecting content revenue to then split with the telcos.

Here in Australia, Labara will be allowing consumers to agree to see ads about one in three times they unlock their phone in exchange for 2gb worth of data or credit, the equivalent of about $20.

“There’s a fine balance and we’re working through how much value exchange the telco is happy with and how many ads the customer is happy to see,” he says.

“The telco could give 5gb of data for free and we could provide an ad every time someone unlocked their phone, but we think that’s a little too much in the interim. We scaled it back to ensure the consumer isn’t getting too many ads.”

For the consumers, the benefits are clear: data costs are a constant pain point, as are the cost of plans.

For telcos, Berriman says it’s a chance for them to get first access to consumers with mobile advertising, and work to improve the average revenue per user (ARPU) which has fallen dramatically recently. Studies have found that we unlock our phones well over 100 times per day, so there’s a lot of room for advertisements in there.

“The telcos need to look at new and innovative ways to drive ARPUs,” he says. “They all have the same problem with the decreasing revenue. These are challenging times with commercialising the new multi-million dollar industry of mobile advertising.”

The ads will be in the form of static full-page screens, and Unlockd already has a number of partners in Australia who will be using the platform, including Channel Ten, VICE, Southern Cross, some major retailers and Swinburne University.

They’ll be targeted to an audience by time and location, and Berriman says he wants them to be useful for the user as well, not just an added annoyance.

For example, the Channel Ten ads will be targeted specifically from 5-6pm and will encourage the viewer to watch the nightly news, while others can direct to breaking news stories.

Unlockd also has a number of partner telcos lined up internationally, including one in US, although Berriman wouldn’t disclose which one.

The funding will be used to accelerate the startup’s “aggressive” growth plans, with aims to launch in the US and UK in the first quarter of next year, and to be have the technology operating in six to eight markets by the end of 2016.

Berriman says Unlockd will soon have over 40 staff in offices in Melbourne, New York and London, and is on track to turn over $50 million in revenue in 2016.

“We knew we needed to have significant backing to capitalise on the market, and the market supported that view,” he says.

“Now it’s for us to execute on the plans and strategy.”