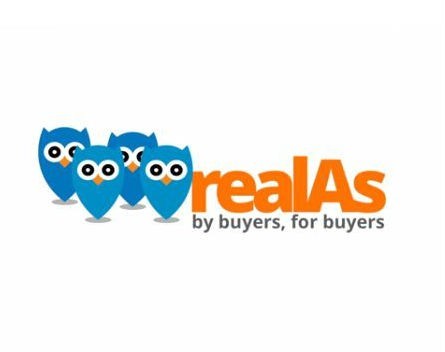 A new app might spell the end of real estate price baiting, a practice where agents advertise a lower-than-expected price ahead of an auction in a bid to lure buyers.

The realAs app, developed in conjunction with RMIT University in Melbourne, produces accurate predictions on the final sale price of properties.

“First, it’s a website and an app for Australian property buyers – both home buyers and investors – that predicts the sale price of houses,” Rowe says.

“The business came from an idea from David Morrell, who has been a buyers’ advocate for 17 years and a real disruptor in the real estate sector. In fact, he was one of the first buyers’ advocates in Australia,” Rowe says.

“Andrew came on as an investor with Jeremy Press. I was introduced by Peter Williams of Deloitte – a recognised leader in digital innovation – who said it was a great idea, but needed some help after four years of work looking at the data.

Before deciding to become its chief executive, Rowe says he went along to real-world auctions to see how well it worked in practice.

“I took a proof of concept version of the app to an auction where the real estate agent advertised a price of $600,000 plus,” Rowe says.

“The app predicted a price of $680,000, and the final result was within 5% of that. The winning bidders said they wish they’d had the app months earlier, so they could have had a realistic idea of which houses were within their price range.”

Available as both a web app and for iPhone, the app had its official launch late last week. Having just completed the launch, Rowe says there are enterprise applications for the company’s algorithms.

“We see a great opportunity to grow by creating an investor-grade version… For example, we have already received requests from large lenders to incorporate our data into their loan evaluation process,” he says.

International expansion is another long-term growth option for the company.

“Our model is scalable to the world, and we can take it to other geographies. While there are differences in quality, those geographies have similar sorts of data we can apply our algorithm to.”