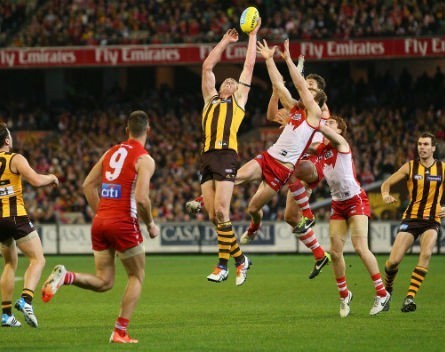 Bao-Minh Tran-Vo, the cofounder of fantasy footy app developer c8apps, might be in San Francisco, but being 12,658 kilometres from the MCG on AFL grand final day is unlikely to stop the sports aficionado from catching all the action on that one day in September.

Tran-Vo told Private Media c8apps has been busy since securing $400,000 in funding from a group of prominent investors last month.

“The c8apps team has been working hard on a new player vs player (PvP) feature where users can play a match against another user in real time. You can literally see your opponent trying to save your shot on goal,” Tran-Vo says.

“We are currently talking to a few VCs about our next fundraising round.”

Tran-Vo says he is expecting a surge in interest over the weekend for his AFL fantasy coaching app Footy Coach, with a further surge set to come for the NRL Grand Final for its rugby league counterpart on October 5.

“We are expecting both the Footy Coach and League Coach games to see a spike in traffic,” he says. “Our leader board becomes quite competitive during the finals weekend. We also see our games being played well into the off season because users can still play simulated matches against their friends.

Despite the expected surge in interest, Tran-Vo says he is not planning any specific promotion around the event this year.

“Next year we are planning to give away a huge prize to the best Footy Coach and League Coach team at the end of the season,” he says.

As for the match itself, Tran-Vo says he’s expecting a cracker of a game, led by Sydney’s star centre-half forward, Lance “Buddy” Franklin.

“With the hype around Buddy and the two best teams, this is a dream AFL grand final. I think he is a great ambassador for the game no matter where he plays. I hope he bags six,” he says.

“[Hawthorn midfielder] Cyril Rioli is a big inclusion for the Hawks and he will no doubt lift the team. I’m expecting a huge effort from [Hawthorn captain Luke] Hodge and under his leadership he could be the difference.

“I think the Swans have no weakness with a lot of big names in all the key positions and their experience will definitely show in the big moments.

“It will be a very fast and exciting game of AFL. However, two years in a row for the Hawks is a big ask; especially against the Swans. Swans to win this one.”