After the Accelerator: Bugcrowd on learning how to speak American to investors and customers 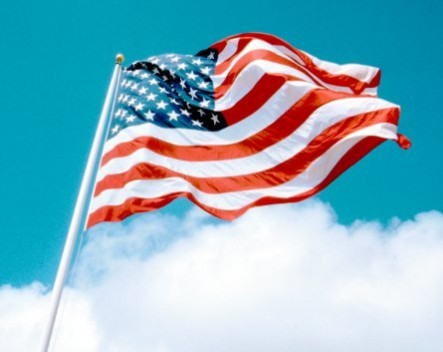 Bugcrowd co-founder Casey Ellis says learning how to engage American investors and customers has been the biggest challenge for his start-up since moving the company and his family to the US just over a week ago.

Ellis had spent several months in Silicon Valley earlier this year raising funds for their seed round, after graduating from the third and most recent intake of the Startmate Accelerator program. His time in the US has opened his eyes to the cultural differences between the two countries, especially in regard to entrepreneurialism.

“It took me a month to realise what was going on, and it was the most discouraging month of my life because everyone kept saying no,” Ellis says. “It was partly my confidence issues, but it’s affected pretty much every one of the Startmate teams, even the incredibly confident ones.”

Ellis told StartupSmart they decided to apply for the accelerator when they were mapping out probable growth trajectories.

“We knew at the start, before we tested it on the market, that it would either not work at all or explode. And for it to properly explode, we’d need help such as advice, mentorship and introductions to the United States,” he says.

He adds they always planned to raise capital and base their operations in San Francisco in order to access the largest capital market and technical talent pool in the world. He has moved the company and his family to San Francisco earler this month.

Ellis says the application process was particularly intimidating as they had barely scraped together a demo of the crowdsourced security bug discovery program.

“We literally had built next to nothing. All we’d really shown was we could put money on a security competition and get a good result. We didn’t have a platform, hadn’t written a line of code,” Ellis says.

Hackers crowdsourced by Bugcrowd were managed through email service MailChimp and they reported finding bugs through webform provider Wufoo.

“”We knew that at least 50% of our assumptions were probably wrong, and we needed to test and find out which 50% before we built anything,” Ellis says.

The Bugcrowd team started working through their assumptions from the very first day of interviews for the program, when they were pummeled with questions by the 20+ mentors.

“If you get asked the same questions from a range of people who are smarter than you and have done start-ups so well before, you know you need to find the answer quickly,” says Ellis, who shares they were asked about the scalability of their model by the majority of mentors.

“I can vividly remember sitting there, staring at the faces of these people. Crowdsourcing was taking off but they wanted to know how we’d build a business around it,” Ellis says.

Learning how to acquire customers, how to communicate a clear message around sensitive topics such as online security and how to raise funds were the most important lessons for Bugcrowd.

“I learned a hell of a lot about venture financing. You hear a lot about it, but when you’ve never done it before, it’s a very steep learning curve,” Ellis says. “At the beginning I wasn’t at all comfortable pitching, I’m okay talking to people, but I had a tendency to get very nervous out the front of crowds talking about things that are really important to me. I’d get all clammy.”

The third Startmate cohort headed to Silicon Valley for their demo day in April 2013.

“That’s when the magic really happened, when I started connecting with the 15 or so valley-based mentors and then everyone I could,” Ellis says.

“I’d walked into a meeting with investors and they said ‘yeah look I’ve got no idea what you’re doing, but this is the fourth time I’ve heard about this deal this week, so hit me with it’. The Aussie mafia in the valley is really up and running now.”

Bugcrowd has since raised $1.6 million and ran ‘bug bounties’ for a range of clients including Coles and Bigcommerce.

“We need to unlearn some of the ways Australians stay humble when they speak, because if the aim of the game is to dominate the market, you need to speak the language,” Ellis says.

Ellis adds Startmate is not a silver bullet, and while he wouldn’t change anything, he wasn’t prepared for the intensity of the program.

“You’ll work harder than ever before. But that’s the point. Startmate is not a silver bullet. We had four teams that didn’t complete the program. It’s an accelerator, so if you find out you’ve got no engine, you can’t start to accelerate.”