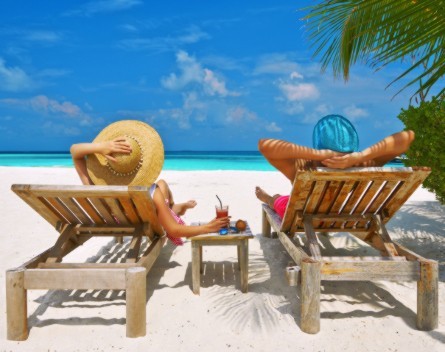 An Airbnb customer who used the short-term accommodation platform for the first time has had a rude start to her morning after an unexpected visit from the tenant’s real estate agent.

Lily Ray, a freelancer from Newcastle, was staying at an Airbnb apartment in North Melbourne last week only to be interrupted by a routine property inspection.

“She basically said do you know what you’re doing is illegal, it’s subletting, it’s illegal in Australia,” she says.

“She said don’t worry, what you’re doing isn’t a problem – but what she’s doing is [the tenant subletting the room on Airbnb].”

Ray says the woman she was subletting from rents two properties in the same apartment block – one as a permanent home and the other as a property which she regularly sublets on Airbnb for a small profit.

“They got in touch with her and said you have to get out of this one,” Ray says.

“Most likely she will have to leave within a couple of months.”

According to the Tenants Union of Victoria, tenants are not allowed to sublet their property without their landlord’s written consent.

In New South Wales, property owners have been threatened with fines of more than $1 million for renting rooms on Airbnb and other short-term accommodation websites due to running “unauthorised” bed and breakfasts.

Cameron McEvoy, a property investor and commentator, told StartupSmart it would appear a real estate agency would be in its right to cease a tenant’s contract for subletting an apartment or room on Airbnb if it broke an existing contract or agreement.

“From a Sydney context I don’t think Airbnb has taken off to the degree it would like to,” he says.

“There are so many legal reasons why it’s not feasible in Australia. Any stay of less than three months requires a TA [tenancy agreement]. Every time you sublet you have to submit a TA and if you have someone staying for one night you just can’t do that.”

A spokesperson for Airbnb stressed that around one million Australians used Airbnb in 2014.

“We’re [sic] doubled in size in the last year by any measure, and Sydney is now in the top ten biggest Airbnb cities in the world with more than 10,000 local listings,” she said.

While fellow fast-growing startup Uber has raised more than $4 billion since its launch in 2010 – which it has partially used to fight off regulators around the globe by paying fines issued to drivers – Airbnb has raised a significantly lower total of $826 million as of August last year.

McEvoy says it will be interesting to see whether Airbnb takes a similar approach to Uber in pressuring state governments to wind back regulation.

“Locally I think they’ll make a business call as to whether they’ll just leave the market or fight hammer and tong. They will probably have to do one of those two things.”

Despite having her stay at an Airbnb property interrupted by a cranky real estate agent, Ray says she will definitely be using the short-term accommodation site again.

“It was still much better than what I could get for that money with a hotel room,” she says.

“And the woman who rented to us was very apologetic and didn’t blame us for telling the truth at all.”

A spokesperson for Airbnb told StartupSmart the company advises its hosts to familiar themselves with local regulations that “differ all over the world”.

“But one of the things that we consistently hear is that many of the regulations and conditions are outdated and difficult to interpret because they were written in the 1960s and 70s – long before anyone had thought about the sharing economy or Airbnb,” they said.

“That’s why we’ve been talking with policy makers about the need for clear, progressive and fair laws that allow for home sharing.”