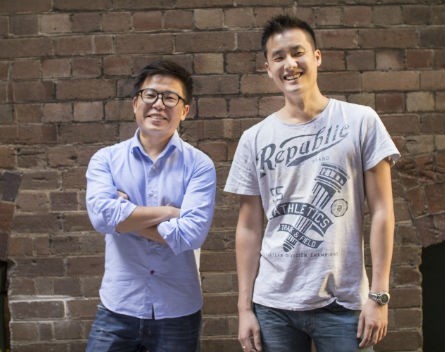 The service already claims 130,000 community members across Australia and an annual task run rate of over $4 million, with its growth tripling so far in 2014.

Airtasker offers an on-demand army of skilled workers being called on to do everything from standing in a six-hour queue for the Game of Thrones exhibition to delivering Gelato Messina cakes to hungry office workers. A Sydney surgeon used an Airtasker to fly to the US and pick up an engagement ring.

Occasional Butler was founded in 2012 by Erz and Jodie Imam, who have built a large community of thousands of people helping each other get things done. The pair will now join Airtasker as community development advisers.

“In 2012, there were three companies operating with slight differences in a similar space – the local services marketplace,” Fung says.

“What we saw was there were very slight differences between the services. So, for example, Occasional Butler was based in Melbourne and was focused on building a strong user base there.

“A larger marketplace is exponentially better than a smaller one. So a platform with 20 users is not just twice as good as one with 10 users – it’s many, many times better.”

Similar logic motivated Airtasker’s earlier takeover of TaskBox in February 2013, which focused on building its user base predominantly in the Northern and eastern Suburbs of Sydney.

Alongside the purchase of Occasional Butler, the company plans to expand its services to the United States, and is exploring other opportunities for international expansion.

However, the move will potentially see Airtasker compete head-to-head against established services such as TaskRabbit, which claims to have added 1.5 million users in the past year alone.

According to Fung, a key difference will be that where TaskRabbit focuses on commodified services, Airtasker will focus on jobs where there’s a degree of subjectivity involved in the person performing the job.

“In general, their approach is based on an ‘on-demand’ model – what they call ‘Uberfication’ – where you post a job, they push it out to their base and find someone to do it. It’s a good model for ‘fixed verticals’ such as transport, where a lift is a lift,” Fung says.

“In the small jobs marketplace, there’s much more variability. So with something like logo design, for example, many can provide the same service in a different way. People want to choose which one they want.”

News of the deal comes as TaskRabbit announced it is abandoning its auction model, in favour of flat rates for different jobs.

“When it comes to TaskRabbit, their new approach is something we’ll watch very closely,” Fung says.