Airtasker says the sharing economy is bigger than Uber 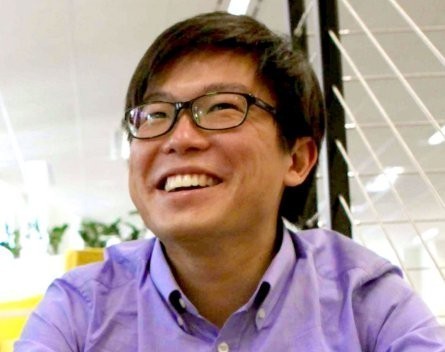 Governments and businesses need to start recognising the full potential of the sharing economy rather than just focusing on Uber, Airtasker chief executive Tim Fung says.

He says that it’s important the regulatory concerns surrounding the ride-sharing app don’t overshadow the other elements of this emerging economy.

“Businesses and policy makers need to recognise the growth, potential and opportunity brought on by this trend,” Fung says. “The sharing economy is gaining momentum.”

Tripling its users in 18 months

Fung says this has mainly been organic, and due to new product developments and expanding the team.

“It’s exponential – the more people that join, the stronger it gets,” he says. “More people are making a full-time living through working on Airtasker, so the product is getting better.”

Airtasker’s “open marketplace”, a two-way platform where users can set their own prices, requires a reduction in government regulation in order to be fully effective, Fung says.

“In these kinds of businesses less regulation is required because the market regulates itself,” he says.

“We’re talking about a business where both sides of the market get to interact on a fairly free basis, and that creates close to a perfect market.”

The difference between Uber and Airtasker

Much debate in Australia and the rest of the world regarding the sharing economy has been based on the legality of ride-sharing app Uber and whether its drivers should be classified as employees or independent contractors.

But Fung says it’s important that not all startups living in the sharing economy are grouped together.

“We’re very, very different to a business that tells someone you need to drive from here to here, and be paid this much and if you don’t we’ll cancel your account,” he says.

“When you’ve got defined services and defined pricing then it’s not really so much an open marketplace as a defined marketplace. That’s when the government should step in. There shouldn’t be one company deciding how thousands of people are getting paid, that’s a more traditional model.”

In collaboration with PureProfile, Airtasker has conducted a study on the sharing economy, finding that nearly half of Australian consumers are aware of it, and less than 20% have made a transaction in it.

Studies like this are crucial for displaying the full extent of the sharing economy and how Australians are embracing it, Fung says.

“The figures are incredibly important given the ongoing, national debate around the sharing economy movement in Australia,” he says.

Building awareness is the most difficult part of running a business in the sharing economy, Fung says.

“People always ask who our direct competitor is, and it’s not a company,” he says. “Our biggest competitor is apathy, and that people don’t know about it.”

“For us it’s about creating awareness that these companies are here and growing, and that they’re part of the Australian economic ecosystem.”

Airtasker closed a $6.5 million investment round earlier this year, and will be looking to expand even further across Australia in the next year.

“We’ve set ourselves some pretty exciting targets for the rest of this year and over the next five years,” Fung says.

“We think the opportunity for Airtasker in Australia alone is a billions of dollars one. In the future we’ll look overseas, but for now Australia is such a massive market that it deserves our full attention.”