Airtasker to put gift cards in major supermarkets and retailers 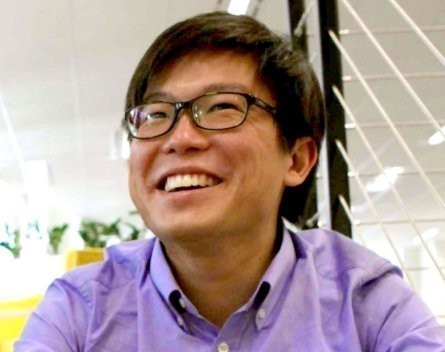 The sharing economy will soon be “more accessible than ever” in Australia as the concept begins to enter the mainstream, Airtasker founder Tim Fung says.

“We want to be breaking down the barriers to people operating in the peer-to-peer economy,” Fung says.

This is why Airtasker will be introducing gift cards in more traditional shopping locations like Coles, Woolworths and Big W, which eventually will up to a distribution network of over 2300 retail outlets around Australia.

This is big exposure for Airtasker and the sharing economy in general.

A survey conducted by the startup found that while nearly 45% of Australians are aware of sharing economy platforms, only 17% have actually made a transaction through one, and just 7% have used them to make some extra cash.

“This is absolutely about breaking down those concerns people may have with the sharing economy by creating positive experiences and putting it out there,” he says.

“It’s about creating the behaviours so people now understand that it’s just as trustworthy to work with someone on a small job that lives up the road as someone from the Yellow Pages.

Creating exposure and awareness for the sharing economy

Fung says it’s all about context and creating awareness of what’s on offer in the peer-to-peer economy.

“It’s not a product you have to be massively tech savvy to use – everyone needs their house cleaned, everyone needs delivery, and we want to broaden our audience.

“The main thesis for creating the Airtasker cards was we were finding that the services industry is all about being in the right place at the right time.

“If you put up a billboard and ask if you want to buy some cleaning and the person isn’t interested in the moment, they’re not going to buy it no matter how cheap it is. It’s all about contextual placement.”

The gift cards, which will be worth $50 credit on the Airtasker platform, will come in three customisable options – cleaning, installations and furniture assembly.

“When you buy IKEA furniture, you need someone to assemble it. When you buy a TV you need it wall-mounted,” Fung says.

“We want to be in the right place at the right time, and create that contextual and tangible way to do that.

“When you’re in Big W and you’re buying a trampoline, you’ll see our card saying ‘hey get your trampoline assembled with Airtasker’.”

The cards will be stocked at the retailers as part of a distribution agreement.

“This puts Airtasker out there and creates a top-of-mind advantage, and that’s really important,” Fung says.

The cards are also based around a simple concept of giving a loved one the ability to not waste time on menial tasks.

“We’re excited that people can now buy time for each other,” Fung says.

Fung says he hopes to have the cards rolled out across more retailers next year, and that’s just the beginners of his grand plans for Airtasker.

“We have big ambitions,” he says.