Algorithms and robots the future of financial advice, but startup barriers loom large 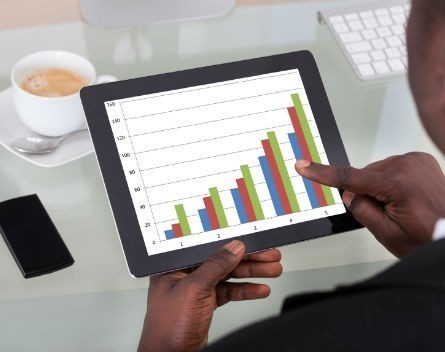 The financial services industry is slowly moving towards automated advice, according to the founder of a startup that plans to use algorithms to give people more control over their investments.

Founder and managing director of Mafematica, Derek Condell, told StartupSmart that despite this trend there are still massive barriers to entry for fin tech startups in Australia.

“They start with the need for an Australian financial services licence and all the risk management personal, protocols and processes, legal, compliance and capital costs requirements to marry the physical aspects of the business with the digital,” he says.

“So the barriers to entry are very high in a technology, infrastructure sense and a people sense. This is a reason why not many people are developing new financial services products.”

The company has signed a subscription deed with Pricewaterhouse Coopers to acquire 4.99% of the business and is seeking capital of around half a million dollars. Condell says a MVP will be released this month.

According to an Oxford University study published last year, there is a 58% chance that personal financial advisers will be replaced with robots in the near future.

The research, which examined the susceptibility of certain jobs to computerisation, found as many as 47% of US employment could be replaced with artificial intelligence.

“An algorithm can better keep the whole of a program in working memory, and is not constrained to human-intelligible code, allowing for holistic solutions that might never occur to a human,” the study reads.

“Such algorithmic improvements over human judgement are likely to become increasingly common.”

The financial planning industry has come under harsh scrutiny in Australia recently in the wake of the Commonwealth Bank scandal and a subsequent Senate inquiry.

Mark Rantall, the chief executive of the Financial Planning Association of Australia, previously told Private Media the public’s trust in the financial planning industry needs to be renewed.

“Consumers being able to find who has the highest qualification – and in this case a certified financial planner which is the gold standard, and whether they have had any action against them – is really important for transparency so consumers get advice they can trust,” he says.