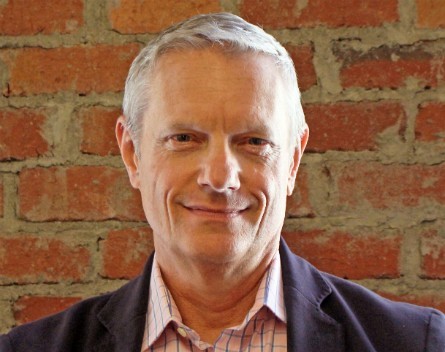 Going public is part of a startup’s journey rather than the finish line, an award-winning Silicon Valley CFO says.

Nitro CFO Peter Bardwick, who has taken three companies public, says it should be viewed as like getting a qualification from college after years of hard work and development.

“IPO is one step along the road to being a successful company,” Bardwick tells StartupSmart.

“You’re just starting off on your journey.”

“The excitement about completing an IPO is hard to understand unless you live and work in the Valley,” he says.

Typically, a US tech IPO has had at least three rounds of venture capital and reached significant amount of revenue scale, says Bardwick.

The time-consuming and highly risky process means only a few complete it, particularly in a volatile market

“If you get to the end and get there successfully, I’m not saying you shouldn’t celebrate but it doesn’t change your business,” Bardwick says.

“You have to go right back to work and keep getting things done,” Bardwick says.

The right time to go public

There’s a complex equation to consider in determining the ideal time for a startup to go public and Bardwick says it depends on market conditions and the ability to foresee future revenue.

“Investors don’t like companies where revenues are hard to predict” he says.

A startup also needs to be at the right maturity level, not too old that growth is slow, but established enough so to have a good read of future revenue.

“It’s like a canary in the coal mine,” he says.

However, he does expect things to improve in the next 18 months.

“We’ll see an interesting class of companies that have raised money in private,” he says.

The benefit and challenges of going public

While private markets are becoming increasingly sophisticated, Bardwick says the best thing about getting an IPO is you have access to the most liquid market in the world.

“Companies that go public are typically the leaders in their space,” he says.

It also means you have a clear picture of the value of your business as determined by the stock market every day.

“If you want to have a successful IPO, build a good company and tell people about it,” he says.

As a CFO, Bardwick spends a lot of time speaking with investors about upcoming plans, the customers they’re excited about and what they’ve achieved.

“I like to go and see people before an IPO,” he says.

The fundamental aim being to make investors confident and believe you are credible.

After going public, Bardwick says it’s vital to have a strong leadership team to effectively handle the increase in risk management and administrative burden on the business.

“It’s hard to measure the cost of your employees looking at the stock price, that can be real challenge,” he says.

It also means that chief executives will be spending more time speaking to investors and less time managing the company so a good management team is crucial, Bardwick says.

And it’s not a good time for on-the-job training.

“Be sure you have a team that is fully prepared,” he says.