An Uber for apartments could solve some common housing problems 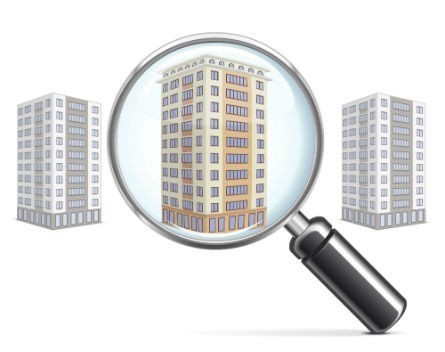 Speculative property developers, criticised for building dog boxes and the slums of tomorrow, are generally hated by urban planners and the public alike. But the doors of state governments are seemingly always open to developers and their lobbyists.

Politicians find it hard to say no to the demands of the development industry for concessions because of the contribution housing construction makes to the economic bottom line and because there is a need for well located housing. New supply is also seen as a solution to declining housing affordability.

Classical economic theory however is too simplistic for housing supply. Instead, an offshoot of Game Theory – Market Design – not only offers greater insight into apartment supply but also can simultaneously address price, design and quality issues.

New research reveals the most significant risk in residential development is settlement risk – when buyers fail to proceed with their purchase despite there being a pre-sale contract. At the point of settlement, the developer has expended all the project funds only to see forecast revenue evaporate. While new buyers may be found, this process is likely to strip the profitability out of the project. As the global financial crisis exposed, buyers are inclined to walk if property values slide.

This settlement problem reflects a poor legal mechanism (the pre-sale contract), and a lack of incentive for truthfulness. A second problem is the search costs of finding buyers. At around 10% of project costs, pre-sales are more expensive to developers than finance. This is where Market Design comes in.

Market Design argues individuals will cooperate where there is an advantage in doing so. This is the premise of the “sharing economy”. Much of the innovation in the sharing economy also reflects another insight of Market Design; that markets can be constructed in different ways to serve different purposes.

Our interest here is in two-sided matching markets, which is a common design for e-commerce. Buyers are aggregated on one side of the market and sellers on the other with a market manager. Think Airbnb or Uber. Aggregating potential buyers of apartments would resolve the issue of searching for presales: taking the process from looking for needles in the haystack to shooting fish in a barrel.

Both buyers and developers would need to be registered participants, and the market manager would be responsible for recruiting participants and matching development opportunities to buyers. Pre-identification of buyers would avoid much of the cost of pre-sales and search time.

In addition there could be real-time communication and customer segmentation that permitted developers to take account of the actual expressed preferences of the buyers. An expanded apartment product range and cost reduction should make apartments more attractive to owner-occupiers, reducing settlement risk. The same can be said of having more owner-occupiers and fewer investors.

However, as one financier (who agreed to be interviewed but not identified) rightly noted, developers can be expected to pocket the savings. Residential development is oligopolistic so there needs to be a source of competition to put pressure on prices, and who better than consumers themselves?

DIY apartment developers, what we call “deliberative” developers, now comprise 10% of all new housing in Berlin, and it has taken off in Europe. Deliberative developers make cost savings in the order or 25-30% and get the type and high quality product they want. Financing constraints have meant deliberative development in Australia has been the preserve of the well heeled, but support from impact investors for example, would enable ordinary households access to such self-help schemes.

One further change however is required. Planning schemes need to impose density restrictions (in the form of height limits, floor space ratios or bedroom quotas) in urban localities where housing demand and land values are high in order to dampen speculation and de-risk development by creating certainty.

Building a model that encourages owner-occupiers

The existing development model relies on capturing uplift in site value, and suits investors (incentivised by tax concessions) seeking rental yields in the short term and capital gains in the longer term. The price of land in the vicinity of redevelopment sites is then pushed up as landholders’ expectation of future yield is raised. It is a vicious circle in which developers seek to compensate for these higher prices through increased dwelling yields, smaller apartments and reduced amenity, further alienating would be owner-occupiers from the market.

However restrictions on over-development of larger infill sites needs to be offset by permitting intensification of “greyfield” suburbs. Aggregating existing housing lots to enable precinct regeneration, and moderate height and density increases would permit better use of airspace, delivering housing designs that can optimise land use while retaining amenity.

Redesigning the market and supporting deliberative development are the keys to achieving good, affordable apartments.