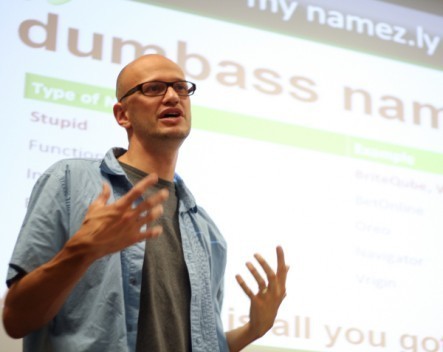 Australia has the talent, the money, and needs only the risk appetite for its startup ecosystem to thrive, according to Founders Institute founder Adeo Ressi.

Ressi is in Australia for Sydney’s Vivid Ideas festival and has been meeting with Australian investors, at the invitation of Unstoppables founder Julio De Laffitte, to help them understand the opportunity that startups present to investors.

“I think to date in Australia, because there’s been such a boom in conservative investments, it’s much easier to make them by comparison. But there’s a slowing growth rate and you’re seeing surrounding economies really booming. Australia is now falling further behind, rather than leading the pack.”

That’s true, according to the latest Digital Evolution Index, which measures a nation’s readiness for a digital economy from 2008-2013. Australia was one of the “stall out” countries – a nation that has achieved a high level of digital evolution in the past, but is losing momentum and risks falling behind.

Neighbours Hong Kong, Singapore, New Zealand and Korea all fell under the “standout” category, countries that have shown high levels of digital development and are continuing on an upward trajectory. China, Malaysia, Thailand were all categorised as breakout nations, countries with potential to develop strong digital economies.

Ressi, who recently founded Expansive Ventures, a venture capital firm that will leverage off the Founder Institute network, says there’s no doubt there’s a lack of funding in Australia.

“That’s part of the reason I’m coming to Australia: To bring together as many investors as possible and really explain the process and opportunity. Because, as I mentioned, Australia has the talent and it has the money, but right now there isn’t the willingness to take the risk that comes with investing in startups,” he says.

“The truth of the matter is today, hundreds of billions of dollars a year is being made by investors betting on these young companies. Maybe 10 or 15 years ago companies might go public sooner and that gives an opportunity for more conservative investors to ride the value creation.

“But you get a company like Uber, Facebook, Twitter, and even Rocket Internet, many others. They’re waiting quite a long time, many years before they consider going public. As a result the wealth created is being concentrated in the hands of the investors that are willing to look at them as a serious investment opportunity.”

The upside, Ressi says, is that the problems facing Australia’s startup ecosystem are all fixable.

“Australians as entrepreneurs rank well against the rest of the world. Some of the most important companies of our time have been founded or run by Australians, so there’s no question the talent is there,” he says.