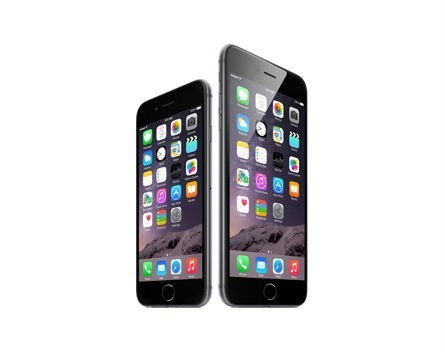 Apple has now released its iPhone 6 and 6 Plus smartphones in Australia, and the near inevitable crowds are – once again – lining up around the block.

So what does the news mean for Australian software studios and app developers?

Is this likely to be an “insanely great” development that will boost revenues and sales for local startups? Perhaps it will mean more headaches for developers? Or will this mean less than some would anticipate?

We asked a number of developers and entrepreneurs to find out:

It looks like a bigger iPhone 5s – but with some amazingly beautiful and innovative new rounded edges!

The best part for Clipp is Apple Pay. Apple Pay will provides our customers with another payment option to credit card and PayPal, the major benefit being customers not having to enter their credit card, overcoming any concerns of credit card security.

Apple Pay will be a huge driver to mobile payment adoption, which is great for Clipp.

Anytime Apple releases a new iOS, I get very nervous, particularly a major release like iOS 8. There is a strong history of many apps not working on each major release. I have already received an email from a widely used app this morning warning customers not to upgrade to iOS 8. Apple don’t give developers much time at all from releasing the final version until consumers can download it. If something does not work, there is not enough time to fix it, test it and put it through the App store approval process (approximately two weeks) prior to it hitting the market.

The fact that NFC is in the iPhone 6 is a huge reversal for Apple, and we are super excited by it. As recent as 12 months ago TechCrunch reported that Apple was never going to take NFC up so we’re really glad to see it’s there.

The fact that they have put it in for payments is amazing for the industry and we are already feeling the shock waves. People now understand that everything is going to be NFC payments in a short amount of time. We have been waiting for the banks, credit card companies and retailers to begin educating the mass market about NFC for payments for a while, as it was always going to be a big driver for the technology so it will be a great opportunity. Organisations are finally realising that NFC services are coming and they are all going to start planning for it.

Unfortunately, it won’t be available for other great NFC applications like tag reading/pairing and apps for about 12 months. In the meantime, Tapit will continue working with open NFC partners like Samsung to improve and innovate on new ways to use NFC, as well as executing bigger information and advertising projects. Tapit will also continue using beacons and QR for Apple users in the meantime as well.

“iPhone 6 and iOS 8 are an incredible opportunity for Outware. Many of our clients including ANZ, Telstra, AFL and Coles are excited about the new larger displays and the added flexibility that iOS 8 provides. We’re already well underway to ensure our clients apps are fully iOS 8 and iPhone 6 compliant.

As specialists in large scale finance and insurance apps, we believe the new NFC capabilities in iPhone 6 will change the mobile payment landscape and the way Australians want to pay and shop. Australia has one of the highest penetration rates of tap and go terminals in the world so we are a perfect fit for this technology.”

Devices like the iPhone 6 are a response to the consumer demand for easier access to more content. In the last four years, the average webpage size has nearly tripled while average connection “speeds” have only doubled. This is putting great pressure on website owners to utilise better ways of delivering increased content to these devices but still maintain a quality user experience.

The challenge to keep pace and make use of the attributes of these devices is now being pushed back onto website owners. Higher resolution screens mean images need to be sharper and improved processing capacity means laggy web content delivery is more noticeable for a user.

We expect the consumer demand for content to grow at an exponential rate and platforms like the “six” are the hardware manufacturers’ answer. The pressure is on website owners now for sure. The ones who are responding are setting themselves apart from their competition.

Again the new iPhone launch has been very successful, so there will be more iPhones in the marketplace and new consumers that can enjoy our games like Catapult King. As well as more users, the new devices are again more powerful, which allows more advanced features of our game engine technology to run on mobile and tablet devices, resulting in improved graphical and gameplay quality in all of our upcoming titles.