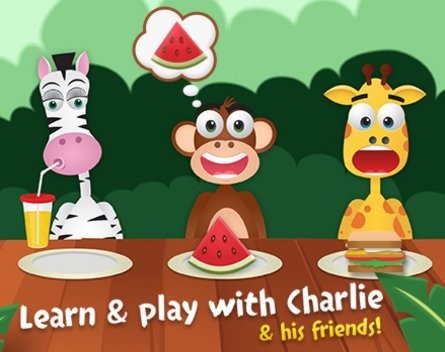 Founder Mat Peterson told StartupSmart the team has watched the total download number climb steadily over the last week and cheered when it passed a million on Thursday.

The startup currently offers 10 apps. Most of the apps are paid downloads, although a few are freely available.

“The biggest learning curve for us has been working out how to make an app stand out in the app store,” Peterson says.

“I’ve been in software for ten years but it’s no longer enough to create a good product, you also need to reach out and find distribution channels.”

The Shiny Things team learned this lesson the hard way, achieving just 150,000 downloads during its first 18 months in business.

It’s now seeing around 3000 downloads a day, thanks to a partnership with Apple that was set up seven months ago.

“As a developer, there are channels to get in touch with Apple,” says Peterson.

“I think we were lucky that we were in the right time and place when Apple wanted good educational apps in Australia.”

Apple features Shiny Things products in the app store. Peterson this has been essential for them to stand out from the 160,000+ educational apps available.

Despite the rapidly rising download rate, the app development house isn’t profitable – yet.

“We’re still investing a lot of money but we’re progressing. We’re hoping to be profitable within 12 months if we execute correctly, as we’ll need another 1 to 2 million downloads to get there,” Peterson says.

Peterson’s other (and older) software business generates enough capital to keep the fledgling Shiny Things afloat. He adds the government’s research and development rebates have also been critical to keeping it afloat.

While the apps are created by a 12-person team in Sydney, the United States is their leading market with 330,000 downloads, followed by China with 140,000. Their third biggest market is Australia with 120,000 downloads so far.

Three of the ten apps are available in 12 languages including Mandarin, German and Japanese.

The Shiny Things team mostly used their friends and family networks for translation services, ensuring someone aligned with the business could assess how accurate the new version was.

Peterson adds ensuring alignment between his tech company and the teachers or home-schooling parents who use the apps has been his biggest and best challenge so far, given neither party has much spare time.