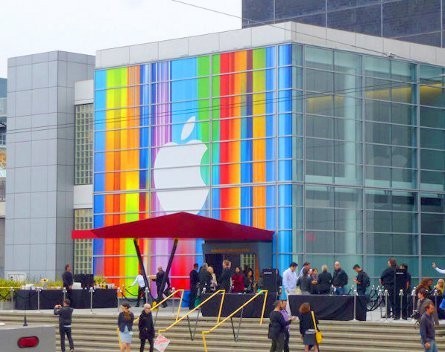 Even as the US economic recovery remains subpar with employment gains in only the lowest-paying jobs – and sluggish gains at that – one segment is surging: the still-nascent app industry.

Apple’s latest earnings report, in which it posted a record $18 billion in profit in its first quarter, offers a glimpse of what we can achieve with this app economy.

The iPhone maker passed two important milestones: it reported the largest quarterly earnings of any publicly traded company in history and paid, it said, a record $10 billion to developers in 2014 as total App Store revenue rose 50%.

The first record is primarily significant to Apple and its shareholders and is due to strong sales of the iPhone 6, the latest iteration of the company’s flagship product.

The other milestone goes much deeper and reaches far more of us. When fully developed, the entire app ecosystem will be able to help drive the US economy, providing high-paying jobs to a growing number of Americans.

During Apple’s earnings call, CEO Tim Cook reported that his company sold its 1 billionth device running iOS, providing developers with a huge customer base. That has helped the developers earn $25 billion since the iPhone’s launch, with almost half of that coming in just 2014.

Could app development become a significant pillar of growth in the US for the foreseeable future? Could these high-tech, higher-paying positions be more self-sustaining than the other jobs created during the economic recovery? Let’s take a closer look.

Welcome to the App economy

To put this into perspective, the tremendous growth in the iOS ecosystem has allowed its developers to earn slightly more than the US box office revenues of every Hollywood studio combined.

And that’s just one app store, in the US, and excludes related revenue from ads, services like data storage and other sales not processed by Apple.

The Google Play Store, the other major player in the app economy, pays out billions more. Developer Economics forecast the global app market to be worth $143 billion by 2016, more than double the $68 billion estimated in 2013. That compares with about $300 billion for the global PC and tablet market.

Even more impressive than the revenue statistics is the number of jobs it supports, tallying 627,000 in the US, close to double the 374,000 in Hollywood.

About 77% of these app developers are start-ups and small companies, and more than half say they are hiring, according to a survey by ACT | The App Association, a Washington, DC-based think tank for mobile software companies.

The report also shows that the app economy is thriving in every region of the US. While 22% of developers are based in Silicon Valley, the rest are spread across the country, with more than 20% each in the South and Northeast.

So where is all this growth coming from?

More than an economy, a cultural shift

With the growing number of smartphones, tablets and other devices in consumer hands, you would naturally expect more apps to be downloaded and developers to make money money. But that alone isn’t enough to explain what is happening in the marketplace.

The app economy is more than just a collection of applications. It represents a significant cultural force in society as consumers increasingly want and developers deliver on-demand services.

For instance, Uber provides chauffeurs in an instant, while Handy can send cleaners your way. Need a doctor to make a house call? Try Medicast. How about a lawyer? Use Axiom and an attorney will be knocking on your door in two hours.

The list goes on. The app economy simply provides the fuel for an on-demand culture that has transformed every industry it has touched. As the saying goes: if there is a need, there’s an app for that.

We all have smartphones in our pockets, and we use them in more ways that we can count. That means the incredible growth Apple reported in iOS developer earnings in 2014 could continue for years to come, resulting in more high-skilled, high-paying jobs that are more likely to stick around during the next economic downturn.