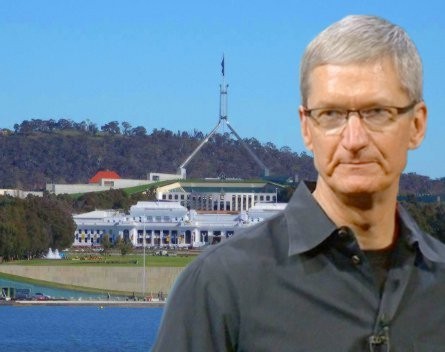 For far too long, Australian small businesspeople have suspected they’re getting ripped off by the tech industry. Well, it’s now official: Australian businesses and consumers pay, on average, between 50% and 100% more than our counterparts and competitors in the US.

From computer hardware (including desktops, notebooks and video game consoles) to the software and operating systems they run, the federal parliamentary IT pricing inquiry found Australian consumers and businesses pay far more than we should.

To put it bluntly, we’re being gouged.

So how do you avoid getting ripped off on your next major tech purchases?

Especially if you don’t know a lot about computers, or aren’t particularly comfortable with them, it can be easy to make a purchasing decision off the slick words of a salesperson. Unfortunately, no matter how far up the sales hierarchy you go, their job is about moving stock rather than helping consumers make informed decisions.

Take, for example, Tim Cook’s recent Worldwide Developer Conference keynote. As is usually the case at an Apple keynote, the entire speech was one long sales presentation.

“People are using our products substantially more than anyone else’s,” Cook said, with “#1 [in] customer usage” emblazoned on the screen behind him. Cook triumphantly claimed Apple’s iPad had a tablet marketshare of 82%, its users viewed more websites as well as 97% user satisfaction.

While it was a nice bit of spin, a point the Taskmaster has made before, the problem is none of it was actually true.

It would appear that not only are Australian consumers being gouged, we’re also being misled!

That’s why it’s so important to do your own research.

This includes finding out about a number of options and calculating the total cost of operation, rather than just the up-front cost. If computers are completely foreign to you, this means having a chat with a friend or relative who’s more familiar with them and perhaps asking them to help you out when it’s time to make a purchasing decision.

It might also help to find out the price of popular tech products overseas. If there’s a big margin between what a computer or piece of software costs in the US and what it costs here, be sure to raise the price with any local stockists and haggle them for a better deal.

While you might be able to get a better price from ordering tech products directly from the US, there are also a few things you need to be mindful of when you’re importing tech products.

For example, the US uses a different mains voltage and frequency to Australia (120 volts at 60 Hz compared to our 240 volts at 50 Hz), so you will need a mains converter to use anything you purchase here. The US also uses a different television standard (ATSC compared to DVB-T here), while for smartphones some US carriers use standards, such as CDMA 2000, which will not work with any of the Australian carriers. It’s important to be aware of any such differences in technical standards before you decide to buy.

However, regardless of whether you use the extra information to haggle or opt to buy products directly from overseas, be sure you do your research before you decide to buy.