Are sponsored schools the future of digital education in Australia? 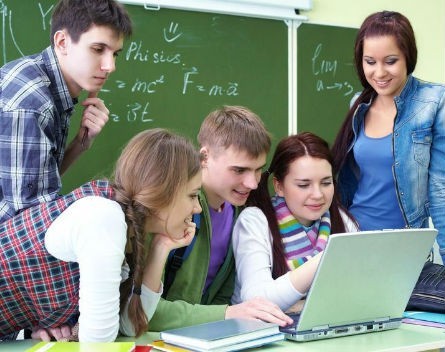 It follows praise by Prime Minister Tony Abbott in New York for its Pathways in Technology Early College (P-TECH) program this week.

In a statement, IBM told StartupSmart its Pathways in Technology Early College (P-TECH) model requires broad stakeholder engagement before being implemented, but that negotiations had already begun.

“IBM has already started working with industry and government stakeholders in Australia to identify suitable opportunities,” the company says.

“If the model is embraced by the various stakeholders and if funding is secured, then IBM will be able to help with mentors, internships, curriculum input and entry level job consideration.”

The potential for technology companies has become a source of debate, following recent comments by the Prime Minister praising a US school program sponsored by IBM.

While in New York, Abbott visited the Pathways in Technology Early College (P-TECH) High School, a school run through a partnership between IBM, City University of New York – City Tech, and the New York City Department of Education.

The school has a strong focus on science, technology, engineering and maths, has two additional years of school after year 12, and sees its students graduate with both a high school diploma and an Associate in Applied Science degree.

“Our current shortage of skills has serious repercussions for Australia’s future economic health and employment opportunities,” Stevens says. “We need to tackle this problem head-on with innovative, new approaches in collaboration with industry.

“To that end, IBM supports improved career and technical education, particularly for the subjects of science, technology, engineering and math which contribute to societal improvement and economic development.”

However, any moves to replicate the P-TECH model in Australia are likely to be met with some resistance from both trade unions and community groups.

In a statement to StartupSmart, the Australian Education Union’s Federal President Angelo Gavrielatos says the concept “goes against the proud history of education in Australia”.

“International experience has shown us that this model gives corporations a foot in the door to start running parts of the school system, and using them to make a profit at the expense of students,” Gavrielatos says.

“Tony Abbott should abandon this thought bubble, and reassure Australian parents that he will not be handing over schools to corporations.”

“It has been tried in the US and the UK with the voucher school system and it has empirically been shown that corporatised and privatised education lead to an increase in inequity and, in the US, to resegregation,” Ely says.

Startup Victoria inaugural chairman Leni Mayo, who amongst his many other ventures was a co-founder of Learnable, told StartupSmart he is both positive and somewhat sceptical about the news.

“It is positive that the federal government has recognised we have half the IT graduates we did 10 years ago, even though the economy has way more demand than it did 10 years ago,” Mayo says.

“That gap is being filled by net migration. There’s nothing wrong with migration, but we are denying the opportunities of the information age to our children.”

Most journals today recommend that ESL authors (authors for whom English is a second language) seek the help of a professional academic editing service or a native speaker of English before submitting their manuscripts. helpful link

The presence of a quality essay editing service can be a godsend to students who have composed an essay for college or publication. All through their academic life, students are required to write and present essays of varying length, for differing purposes, and on different topics.helpful link