Around the world in 80 trademarks: Why start-ups need to know their trademark rights 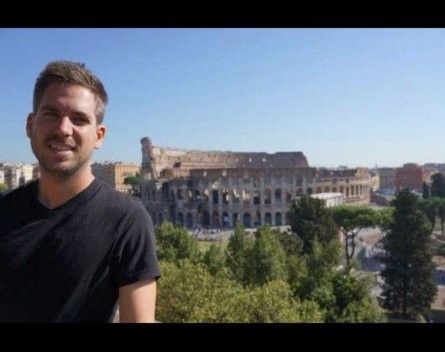 Intellectual property lawyers have called on small businesses to properly register their trademarks, after an American blogger claimed his brand was swiped by a global human resources firm.

Turner Barr owns and operates a travel blog called Around the World in 80 Jobs, on which he documents his adventures trying out lots of different jobs in different parts of the world.

In April, Swiss-based Adecco ran a contest giving 10 individuals the chance to travel around the world trying different jobs, and called the campaign ‘Around the World in 80 Jobs’, a term they then trademarked.

Barr claims the campaign bears a striking likeness to his own online persona, and says the multinational firm made no efforts to contact him about using the name.

“I’m no longer even the first thing that comes up when you Google my brand name,” Barr wrote on his website.

“I’ve turned down work opportunities and put on hold any future travel job plans to deal with lawyers, long distance phone calls, corporate executives and other such nonsense — all along feeling misled and patronized. This situation has been extremely confusing for not only myself, but also for participants in the company’s marketing campaign who message me thinking that I am part of the company.

“With hard work I strived, and almost succeeded, in creating my dream job. I feel like my dream job has been taken from me in order for some company to promise it to others for corporate marketing gain.”

Following a large social media backlash, Adecco removed a video marketing the campaign that Barr said featured a paid actor with a likeness to him, and issued an apology on its Facebook page:

“We deeply regret if we hurt Turner Barr. This was never our intention when we set up our ‘Around the World in 80 Jobs’ contest. We clearly see that Turner is an inspiration to many people. We feel there should be more of such initiatives that inspire people to live their dreams and achieve their ambitions. Unfortunately, we moved forward with a name and contest that clearly upset Turner and his community. We sincerely apologize for that mistake.”

At this point, Adecco said on Saturday, Barr and the company have yet to reach a satisfactory conclusion to their disagreement.

Intellectual property and trademarks lawyer Michael Buck says in both Australia and the United States, there are common law rights to the usage of trademark. If a business or entity has been using a slogan for a long time, it can oppose others trademarking that term.

However, there are clear benefits to formally registering a trademark, he says.

“It’s the only naming regime that actually gives you proprietary rights to the name for a particular good and services, and it’s an automatic defence to allegations of trademark infringement,” Buck says.

“And if someone wants to buy your company or enter into a distribution deal with you, it’s going to be very important to them to know you have a trademark registration. Otherwise, someone else could set themselves up and profit from your brand.”

Trademarks, Buck cautions, do not cover all uses of a term. They only cover the use of a trademark in one industry or area. Trademarks that cover more areas of usage require extra trademark applications, which cost more.

If a business utilises the services of an attorney to register trademarks, in Australia it normally costs around $1200 per trademark application.