Asking “why doesn’t Australia embrace risk?” is the wrong question 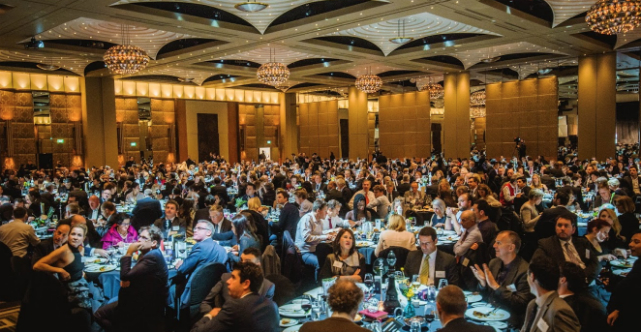 The recent launch of the Melbourne 4.0 initiative, led by the Committee for Melbourne, was a powerful affirmation of our need to approach an uncertain future with a sense of optimism and courage.

As you might expect, there was much talk about the need for innovation and entrepreneurship to both solve the challenges we face and provide the growth that will underpin our prosperity.

As at many other events about innovation in Australia, the Q&A at the end of the event yielded the question that is so often asked: “What can we do to counter the Australian culture which sees failure as a terrible thing, unlike countries overseas (such as the US) where failure is embraced?”

It’s asked so often that it is easy to take for granted that the premise is correct. The problem is, it isn’t.

The anthropologist Clifford Geertz memorably defined culture as “stories we tell ourselves about ourselves”, and this story of Australians’ attitude to failure is one that is woefully out of date.

In my work with the startups in the Melbourne Accelerator Program at the University of Melbourne I have the privilege to work with Australians who throw themselves at failure on a daily basis, yet (mostly) manage to miss.

This is the essence of building great new enterprises, and it is a formula that has worked well: startups from the program have generated over 200 jobs and generated over $10 million in investment over the past five years. You can buy their products in online and offline stores, and you can see their products in use in settings from lounge rooms to hospitals.

We’re not alone either.

Startup communities like these are popping up in many places around Melbourne and Victoria. The Melbourne 4.0 launch highlighted entrepreneurs emerging from Swinburne and RMIT universities, and you will find similar communities coalescing around many of our other excellent universities.

You will also find such communities around co-working spaces like the York Butter Factory, Inspire9 and others. Leading corporates such as Australia Post, Telstra and NAB are also investing heavily to promote innovation and entrepreneurship among their staff and their broader stakeholder communities.

If you spend time among the thousands of people in these communities, you will find Australians who are busy embracing risk.

They are succeeding, and they are also failing. But most importantly, they are bouncing back from failure with incredible resilience. They are building great enterprises, and driving important change, and it’s happening right here in Melbourne. You don’t need to go to San Francisco or Tel Aviv to experience it.

So the next time someone asks you how to change Australia’s culture to be more accepting of failure, tell them they are asking the wrong question.

The better question to ask is: how can we can spread the risk-embracing culture that is alive and well in startup communities around the country, and ensure it permeates all sectors of our economy?

If we can tell those stories about ourselves to ourselves, then we have much to be excited about as we contemplate Melbourne 4.0.

If you’re interested in learning more about innovation and entrepreneurship, join the Melbourne Accelerator Program at the Melbourne Town Hall on October 27 from 6pm. As the founders of our ten 2016 startups take to the stage, you’ll hear about the progress they’ve made and plans for future investment and growth.