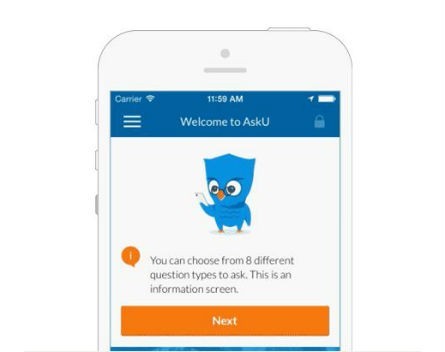 An alliance with PwC seems to have given good traction to a market research app with a charitable focus.

AskU, an app launched in collaboration with PwC and the Australian Charities Fund, has received three million answers from its users since going public in September last year. The app also boasts a respectable 98% completion rate.

Apart from providing data for market researchers, AskU also benefits charities in an innovative way. Instead of users donating money, they are asked to donate their time – and can choose between 30 seconds, one minute or two minutes to complete a series of questions.

AskU charges organisations 20 cents for each question answered by a user, with ten cents going straight to charity. Gavin Heaton, general manager of AskU, says this approach encourages users to complete surveys because in donating their time they are supporting a charity.

“For us, 72% of respondents tell us they like using AskU because it has a charitable outcome,” he said. “They do it every single week or in bursts every couple of weeks and in doing so they are helping a charity in a different kind of way.”

Heaton says the app is servicing people’s desire to fill out questionnaires in their own time and where they choose – whether that be in their own home or on public transport. He says the app’s “game” like functions have also made it a success.

“We originally thought it would skewer to younger people,” he said. “But it’s not just young people using smartphones these days.”

Heaton says with AskU, clients can see the results come through via a real-time dashboard.

“That’s the power of a digital platform like a mobile phone,” he said. “You can see the responses live as they come back and that’s pretty powerful.”

PwC has been a significant contributor to the startup sector through a number of other initiatives – including female-focused investor network Scale Investors and mentorships offered through the University of Technology Sydney.

AskU recently won a NSW iAward and is free to download on iOS and Android smartphones and tablets. The iAwards honour companies who use technology in a new or innovative way.