How Atlassian is tackling its diversity problem 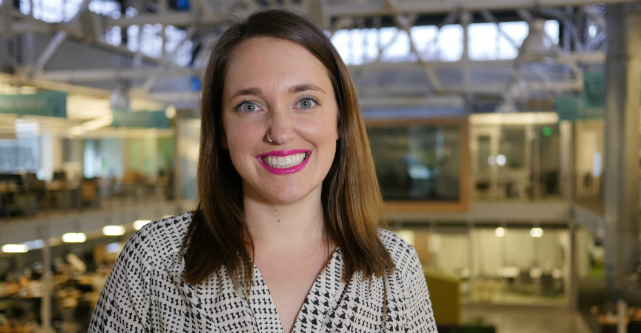 One of Australia’s biggest startup success stories Atlassian has released its own internal diversity figures for the first time and pledged to do better in the coming years.

The statistics show that women only make up 25% of the workplace collaboration software company’s global workforce, a 2% increase from this time last year.

Women make up 14% of Atlassian’s technical team and 24% of its leadership positions.

The figures show that 29% of Atlassian’s global hires for the last 12 months were women.

The startup giant is working to improve these figures, Atlassian global head of diversity and inclusion Aubrey Blanche says.

“We’re not where we want to be,” Blanche tells StartupSmart.

“We’re making progress but we want to do more this year.

“Diversity is a part of what Atlassian is.”

Many other large tech companies have released their own diversity reports in recent months and Atlassian’s numbers are generally below these figures.

According to Apple, Facebook, Google and Twitter’s internal reports, women make up just above 30% of the tech giants’ workforces, while Pinterest and LinkedIn have 42% female employees.

In Australia, Melbourne startup Envato says that 28% of its leadership positions are held by women.

Blanche says that making these figures public falls in line with one of Atlassian’s four core values.

“Our first value is ‘open company, no bullshit’,” she says.

“We’ve always been big on transparency. We can’t reach our full potential or help our users if we’re not doing it in public. We’re showing what we’re doing and what we did that didn’t work.

“Our successes and challenges are shared publicly and younger tech companies can learn from us and invest in this earlier in their company’s lifecycle.”

The report also includes other areas of diversity in Atlassian’s internal makeup. Of its total employees, nearly half are aged between 30 and 39 and only 2% are older than 50.

Of the global workforce, 11% identify as being LGBTI*.

A focus on teams

Atlassian is placing a strong emphasis on diversity within teams, publishing reports detailing the breakdown of demographics within each of its branches.

This is a better measure than the more general corporate figures, Atlassian co-founder Mike Cannon-Brookes says.

“Evaluating diversity at the corporate level is a good first step but it doesn’t paint a clear enough picture,” Cannon-Brookes says.

“True genius happens when people with different experiences come together to tackle tough challenges. That’s why teams – not just companies – need to be diverse and inclusive for the most meaningful business impact to occur.”

In terms of Atlassian’s “teams”, 71% have at least one woman, and this number drops to 66% when looking at software development teams.

Tackling this issue from a team point of view makes sense for a company like Atlassian, Blanche says.

“There’s no other way to approach this issue other than to think about it at a team level,” she says.

“Other companies have already released reports but we’re the first company to look at the team level and share that publicly. As a company we’ve always been dedicated to releasing the potential in every team and it has become clear that diversity is a critical component for reaching that potential.

Blanche says Atlassian is implementing a number of new programs and partnering with external organisations to improve its internal diversity, including unconscious bias training across the entire company, changes to how candidates are evaluated and teaming up with Tech Inclusion and Galvanize.

The startup will be using the ‘n-Space’ approach, which “recognises and supports the complexity of the company’s changing global workforce by viewing diversity as an ever-evolving field”.

Blanche joined Atlassian nine months ago and says she’s already seen the culture and inclusion of the company improve in that time.

“We’ve made a lot of progress,” she says.

“The thing I’m most proud of is as a culture we’re talking about diversity now, and we’re focusing on providing scientifically grounded evidence for why we haven’t achieved this and what the blockers are, as well as how everyone can chip in.”

She says there are goals in place for the next year, including reaching market parity for gender in its hiring across its global offices and raising the overall company’s diversity.

“Our ultimate goal is to make sure our workforce reflects the demographics in the community it’s in.”

This includes putting the women already working at Atlassian on show, through campaigns such as ‘the Women of Atlassian’.

“I want to close the imagination gap and highlight the amazing women already here at Atlassian so girls in school and women at uni can see that there are already people like them here,” Blanche says.

Blanche calls on other large tech companies and the startup community in general to be transparent about diversity and work together to improve the situation.

“If we magically solved this problem tomorrow there would still be a severe lack of opportunities in other companies. We’re partners with other tech companies – we succeed when they succeed and we all have the same goals.

“We all try different things and we’re heartened by the information sharing and collaboration.”

This is especially important in Australia, Blanche says, where the startup ecosystem is only now starting to come into its own.

“In Australia we have an opportunity to change the way we do this,” she says.

With technology advancing rapidly, now is the time to work to close the gender gap in startups, she says.

“In the future every company is going to become a software company,” Blanche says.

“If women and under-represented groups don’t have an equal and important say in building that technology then as a world business we won’t be able to reach our full potential.

“That will mean leaving innovation and dollars on the table.”