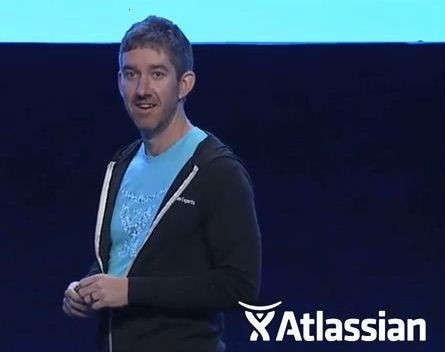 Atlassian has announced at its annual summit in San Jose that sales rose 44% to $US215 million ($A234m) for the fiscal year ended June 30, The Wall Street Journal reports.

That’s an improvement on the year prior when sales rose 35% to $US149 million.

And that’s not the only milestone, with co-founder Scott Farquhar announcing during the summit’s opening keynote that the company is set to pass 40,000 total customers.

“When we started Atlassian 12 years ago, we wanted to be sure that every company in the world could afford our products,” Farquhar says.

“Whether you’re a 10 person startup or a Fortune 500 company, we wanted every single one of you to be able to afford the best tools and products available.

Over 2000 people attended the summit, which makes it Atlassian’s biggest yet.

Farquhar also provided an update on the Atlassian Foundation, the company’s effort to support the many charitable causes they believe in.

“So far we’ve managed to donate over 20,000 community licences to not-for-profits to allow them to collaborate better, and deliver services better,” he says.

“We’ve donated $8 million in cash and an estimated $30 million in Atlassian stock, and with that money we’ve been able to partner with some incredible charities, such as Room to Read. Now room to Read’s mission in the world is to improve literacy in developing countries.

“We’ve been able to give an education to, and break the poverty gap, for over 170,000 children in the developing world.”

The Australian software development company did not respond to a request for comment.