Atlassian $US3 billion listing shows world what Australia can do 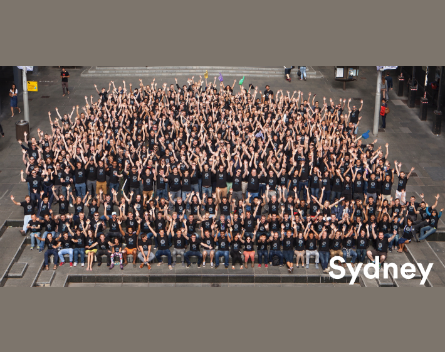 While the Australian software developer has filed for an IPO in the United States, rather than listing here on the ASX, Morle says it’ll have a big impact on Australian entrepreneurs and startups.

“With an Atlassian IPO on the global stage everyone will see a company reaching levels of success which we have only seen in the past with iconic startups like Facebook and Google,” he says.

On the verge of going public

The Sydney-founded company is set for the biggest ever IPO by an Australian tech startup.

The Wall Street Journal is reporting that Atlassian has filed the necessary IPO documents and enlisted the help of Goldman Sachs and Morgan Stanley to get it public by the end of the year.

It has been able to keep the IPO on the quiet thanks to the Jumpstart Our Business Startups Act, which allows companies with less than $US1 billion in revenue to apply for an IPO confidentially.

Blackbird Ventures co-founder Niki Scevak says it’ll be “really positive on a number of fronts” for the Australian ecosystem.

“The best thing they can do for the Australian ecosystem is to create the most wonderful company they can aspire to,” Scevak says.

It’s a “simply inevitable” step for the company that is worth over $US3 billion, he says.

“It’s a step on the journey of creating a company, it’s not transformative,” he says.

The $US3 billion plus listing will be far bigger than MYOB’s $2 billion float on the ASX earlier this year.

A positive impact back home

The IPO move will have a big impact on Atlassian’s home country, Scevak says.

“It’s wonderful that the public, whether they’re Australian or from America, can now participate in ownership of Atlassian,” he says.

“It’s good for the company. It can now sell shares and use shares to acquire other companies.”

Scevak says listing in the US was a no-brainer for Atlassian,

“You’re going to go where you get the best support and most informed investors, and that’s the US when it comes to software companies,” he says.

“Geographical barriers are such a farce now. Anyone can buy shares on the stock exchange. We don’t care when a web server is hosted in another country.”

“Over the past ten years Atlassian has grown a substantial business here in Australia,” he says.

“Core IP is developed here. This will have come at a cost which a company without a deep commitment to Australia could have easily chosen to avoid.

“They now need to do the sensible thing to take this business to the next level and continue to show the evidence of Australia growing new global brands.”

The ability for Atlassian employees to now receive shares in the company could also positively benefit Australia startups, he says.

“There are now a whole host of employees that have the financial freedom to pursue their own startups or join younger startups, and not have to prioritise a cash salary,” Scevak says.

The cash windfall that the Atlassian co-founders Scott Farquhar and Mike Cannon-Brookes will receive from an IPO will strengthen their ability to invest in Aussie startups.

The pair are prominent investors in the local scene. Farquhar personally invested $750,000 into Townsville based health and safety software startup SafetyCulture, and recently participated in a $6.1 million funding round.

Farquhar and Cannon-Brookes also back Blackbird Ventures and Startmate.

“Mike and Scott have been unbelievable supporters of Blackbird and Startmate, they’ve been really transformative for us,” Scevak says.

“Hopefully they can now invest more personally into Australian startups.”

Atlassian employs more than 700 people in Sydney and over 1000 around the world. It has averaged year-on-year growth of 40% for the last five years, and the IPO has been in the works for a while.

The Atlassian co-founders have mostly forgone traditional investment rounds, with the company being profitable from the very beginning. They’re estimated to be worth $US1.1 billion each.

The startup fast-tracked these plans earlier this year with the appointment of Erik Bardman as Atlassian’s CFO.

“It’s obviously a key step towards being a public company,” Cannon-Brookes told SmartCompany at the time.

“It is a very meaningful decision for millions of people around the world. There are very few opportunities for Australian companies to do this so we certainly don’t want to screw it up.