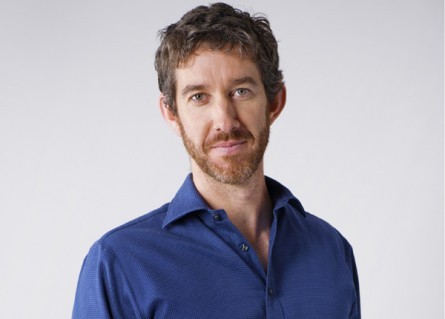 A $605 million IPO is “just the beginning” of Atlassian’s journey and there’s still a long way to go until it reaches its full potential, co-founder Scott Farquhar says.

The workplace collaboration software company was founded by Farquhar and Mike Cannon-Brookes in 2002 on the back of $10,000 in credit card debt.

With the listing on the NASDAQ, it’s now worth more than $8 billion.

Speaking to StartupSmart shortly after ringing the NASDAQ bell, Farquhar says it’s a “fantastic” moment, but the Atlassian journey still has a long way to go.

“It’s a huge recognition of the work we’ve put in over the last 12 years,” Farquhar says.

“It’s a huge achievement and recognition of the team we’ve built and their work.

“It’s a great milestone and not many companies get to have this milestone, but it’s a step along the journey.

Shares in Atlassian rose by more than 30% on its first day of trading, hitting a peak of $US27.90, well up from the original $US21 price.

There were huge expectations and pressure riding on the Aussie startup’s listing.

Atlassian’s IPO success is in stark contrast to the rest of the year which has seen a series of disappointing tech IPOs where companies have been forced to slash their private valuations.

But Atlassian has always been a bit different.

The pair created the company with two simple goals: they didn’t want to wear suits to work and Farquhar wanted to make more money than the salary he had been offered by PwC.

With the duo still retaining 66% of the company, they are Australia’s newest billionaires.

It’s a company that’s based its entire being on its values and “no bullshit” approach to doing business, something which is summed up in its ticker: TEAM.

The Australian startup has been profitable since early on and Farquhar says he thinks this is a big part of what has attracted investors.

“We’ve had 10 years of cash flow and products, we have a unique business model and a different way of investing in marketing,” he says.

“I think it’s been such a favourable market because people are investing not because they want to change us but because they recognise we’re a successful company that will continue to be successful.”

Atlassian’s services – HipChat, Jira and Confluence among others – are used by over 5 million people around the world, but this is only a fraction of its potential, Farquhar says.

“We recognise how large our opportunity is,” he says.

On the back of the huge listing, 2016 will see the company looking to reach this wider audience.

A beacon for the next generation

While the pair have understandably been “a little too busy” to investigate the Australian government’s innovation statement in full, Farquhar says that it’s crucial that innovation and startups are now in the mainstream.

“This is the first stake in the ground,” he says.

“We now have a government that realises that what happens above the ground is more important than what we dig for below it.

“There’s now recognition that innovation and technology is the way to secure Australia’s future prosperity – historically that hasn’t been the case. The public discourse has changed.”

With leaders in Australia’s startup community saying Atlassian’s success will act as a “beacon” to inspire the next generation of entrepreneurs, Farquhar has some simple advice for these budding founders.

“My advice is to take the long-term view of what you want to do,” he says.

“You need to do something you’re passionate about. If you’re not excited about it, it’s not possible.