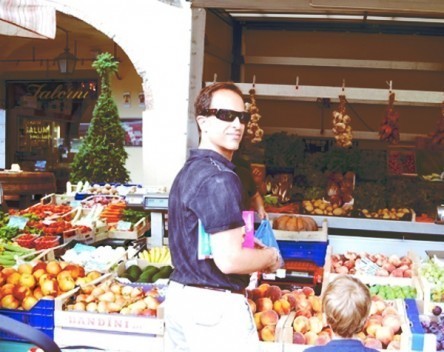 Australia could build a startup ecosystem around the success of Atlassian, much like Silicon Valley did with PayPal, according to DN Capital founder and managing partner Steven Schlenker.

Speaking to StartupSmart from San Francisco ahead of his appearance at Slush Down Under in Melbourne on April 22, Schlenker says it will be the knowledge Atlassian generates, not capital, that will have the biggest impact.

“If you can build an ecosystem around one company – which happened with PayPal, but it could easily happen with Atlassian – it’s about getting people who were one or two layers away from the board of directors and have been crucial to the development of the business. Who then say ‘now I’m ready to go off and start my own startup’,” he says.

“Or in some cases they join a venture capital firm and back the people they’ve known for the last five years.”

Schlenker founded DN Capital in 2001, last year it raised €144 million ($A200 million) for its third fund. It’s headquartered in London, but has offices in San Francisco, where Schlenker spends the majority of his time. It focuses on Series A investments in software or software-related startups.

When investigating potential investments, Schlenker says he looks at the management team first – do they have experience leading fast-growing companies? He notes the development of such founders is often impeded when governments try and create an environment where everyone can be an entrepreneur. He gives the example of the United Kingdom where the Enterprise Investment Scheme and Special Enterprise Investment schemes have made it easier from a tax standpoint to fund startups.

“Instead of people going through a mentorship process, being part of a great company like Atlassian, coming in as a director of business development, or VP of development level, and learning how to grow a fast-growing business. Those same individuals go directly into being a first-time CEO,” he says.

“So you’ve deprived the great companies, the Atlassian equivalents, of having quality people. Those people waste several years because they haven’t had the proper mentorship and training to really excel in building a fast-growing company.”

DN Capital has looked at a number of investments in Australia, but has yet to invest. Schlenker says, in general, more and more US-based venture capitalists are looking abroad.

“What you’ve seen in the last 24-36 months is a large amount of capital raised for growth equity or pre-IPO rounds. Between $20 million and $200 million,” he says.

“And in those cases businesses that already have traction are becoming increasingly popular with some of the larger funds. US-based VCs are looking more and more outside of the bay area. And that goes to valuation and the ability to pre-empt and get involved in companies before valuations go up.

“It’s not all VCs though, there’s still a cadre of Silicon Valley investors that only want to invest within a 50km drive of their office. And want to be close to the company while they’re growing.”

DN Capital is looking for startups with the potential to become a global leader, that are currently working to gain local market share, but have a clear road map to expand across the globe. Schlenker has seen many pitches over the years, but one in particular stands out for all the wrong reasons.

“It was actually about 10 years ago, I was pitched what I call the blackmail business model,” he says.

“They said we will use wiki technology, to write business websites for people. Knocking on the door of small businesses, say you’re not currently on the online, you don’t have an online strategy. For a very small fee we will create you a web presence and do that through a crowdsourced wiki site.

“Then they come back a week, two weeks, a month later and say do you realise that anyone can edit a wiki site? If you pay us additional money, say $100 or $200 a month, we’ll monitor that site and take down any negative things.

“I told them I thought as a VC investor you have to be able to look yourself in the mirror and be happy with what you see, and happy with the types of companies that you’re supporting,” he says with a laugh.