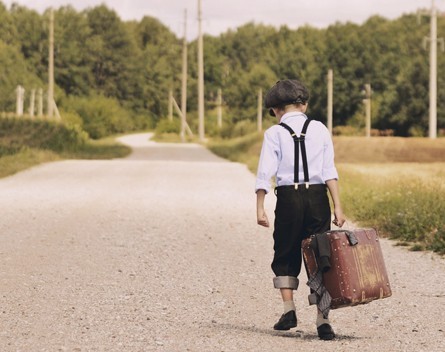 Australian cities are at risk of “being left behind” by other global startup ecosystems, a new report says.

Sydney is now at 16th on the 2015 Global Startup Ecosystem Rankings, falling four places from 2012, while Melbourne has dropped out of the top 20 completely.

The report ranks the ecosystems in terms of performance, funding, talent, market reach and startup experience.

Sydney is lagging behind particularly in terms of its performance, funding and market reach.

The city’s ecosystem experienced “stagnant exit growth”, although seed stage capital funding did grow by 33% over the last two years.

It’s not that Sydney’s startup ecosystem isn’t growing, the report says, it’s just not growing as fast as many others in the world.

“All of these ecosystems did grow in the past three years, but not as fast as other environments, which puts them at risk of eventually being left behind,” the report says.

Lead principal at Optus Innov8 and tech investor Alfred Lo says while the findings should be taken with a grain of salt, they can serve as a wake-up call for Australia.

“It’s timely that a report like this comes out to benchmark where we are going relative to others, and help make sure Australia remains on a growth path,” Lo says.

Sydney did however rank highly in terms of talent, coming in sixth place in the table.

“We don’t have enough talent to fuel an industry at this stage,” he says.

“The calibre of talent in Australia is good, but there’s just not enough of it.”

“Entrepreneurs in Australia still suffer from not thinking big and bold enough,” he says.

“We need to encourage more world-changing ideas. We need to think bigger and more disruptive, and think broader than the borders we live in.”

After coming in at number 18 in 2012, Melbourne was one of three startup ecosystems to drop out of the top 20 completely.

According to the report, this is due in part to its proximity to Sydney.

“The growth of Melbourne likely took a hit due to its close proximity to the larger startup ecosystem of Sydney,” the report says.

“Smaller ecosystems with close proximity to larger ecosystems often have a hard time continuing to grow due to new and existing talent and capital migrating to the larger nearby ecosystem.”

But Adrian Stone, founder of Melbourne-based accelerator AngelCube, says there’s no real difference between the startup ecosystems in the two cities.

“Any study or report that shows a significant gap between Sydney and Melbourne in either direction is probably flawed,” Stone says.

It’s also in part due to a natural rivalry between the cities, Lo says.

“Melbourne and Sydney have strong and healthy ecosystems,” he says.

“There is a competitiveness that transcends startups, it’s always been there.”

“That can be a healthy thing, we just need to be careful that it stays healthy and doesn’t become a binary type of thing.”

The Melbourne startup scene is beginning to hit its stride, Stone says.

“A lot of startups are raising money, and the exits will come. If raising money is a proxy for success, then Melbourne is a happening place.”

The Compass report also offers some interesting insights into the current state of startup ecosystems around the world.

It says ecosystems have become more interconnected and global, with 37% of all funding rounds in the top 20 areas having at least one investor from a different ecosystem. Total venture capital investment across the top 20 ecosystems rose by 95% from 2013 to 2014.

The report also offers a comment on the gender gap that seems to be rife in the startup world.

“The lack of gender equality is common across all startup ecosystems,” the report reads.

“No ecosystem comes close to an equal share of male and female founders.”