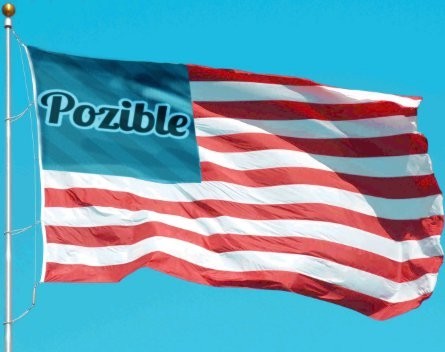 Australian crowdfunding platform Pozible has made its first international move, opening an office in San Francisco in the US and tailoring its payment gateway experience.

Co-founder Alan Crabbe has been in the US for just over a month to launch the company’s marketing awareness strategy.

Reuben Acciano, Pozible’s communications manager, told StartupSmart the three-year-old start-up had always planned on expanding to the US.

“We’ve always had an interest in growing our global potential. We’ve been a global platform all along, but it’s been challenging to get the word out,” he says.

“We’ve had pledges from literally all over the world – 105 countries – but most of our traffic is Australian. But we’re established here, we’re growing rapidly and our operations re-streamlined so we can do this from anywhere now.”

Acciano adds that Crabbe was in the US beginning to roll out their international strategy before crowdfunding superpower Kickstarter announced its Australian expansion plans.

Acciano says they’ve switched strategies since the arrival of Kickstarter, but aren’t concerned about the increased competition.

“We knew Kickstarter coming here was going to happen. They’ve made rumbling noises for a while but we’ve been focusing on doing our own things with our strengths. We have multiple strategies for when and if they got here, but we’ve got our eyes on all the competition,” Acciano says, adding there are over 700 crowdfunding platforms worldwide.

According to Acciano, more than 4,300 projects have been run on the Pozible platform with a 55% success rate.

“We’ve grown 550% in the last 18 months. To put that in perspective, we processed over $1 million worth of pledges in May, while it took us our first 15 months to reach that total,” Acciano says.

Pozible has been entirely self-funded so far, and Acciano says there are no immediate plans to seek funding.

“If the right offer came along maybe, but we’re looking to grow and we’re equipped to already. The nature of start-ups is we have strategies for anything that can happen, we know where we want to be but we need to be a little reactive. When the situation changes, we’re ready to move with it,” Acciano says.

He adds being a self-funded start-up has its advantages in a competitive market like crowdfunding.

“We’ll be making a submission. We’re absolutely pro equity crowdfunding. We’re not in the deep finance area at the moment so we’ll be getting advice on that, but we have the tools and the understanding to make equity crowdfunding work, just as well as we’ve done with rewards based crowdfunding,” Acciano says.