Aussie founders getting better focused, according to Scout Ventures 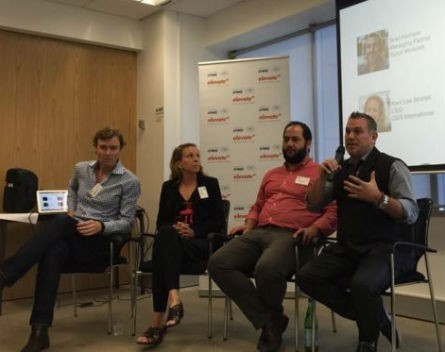 The quality of startup founders being produced in Australia has increased over the last two years, according to Scout Ventures managing partner Brad Harrison.

The New York-based venture capital firm plans to launch an Australian division that will invest $40 million in early-stage Aussie startups.

Speaking to StartupSmart at the launch of KPMG’s elevate61 program in Melbourne on Wednesday night Harrison says the firm has been investigating Australia for the last two years, spurred on by a search for better value as startup valuations in the United States continue to rise.

He says there’s a noticeable increase in the quality of startups that Scout is seeing now, compared to two years ago.

“So the general quality is much higher. We met with a group of AngelCube entrepreneurs the week before we came on this trip, and everyone could clearly articulate what they were doing.

“They understand what their business was and they really had a plan. Two years ago we looked at some entrepreneurs here, and they had no idea what they were really focused on.”

Harrison credits that increase in quality due to the work of programs like AngelCube and elevate61, and expects it to continue as expertise from the first wave of successful Australian startups, like Seek, Atlassian and Campaign monitor flows into the ecosystem.

“They’re going to kick off the second generation of entrepreneurs, people that were at those companies and got to see them become billion dollar companies,” he says.

KPMG’s elevate61 program, run in partnership with not-for-profit Advance, is a for-fee accelerator program, focused specifically on helping later-stage enterprise startups get into markets outside of Australia. It does not take equity in the companies taking part.

Applications for the elevate61 are now open and close on December 14.