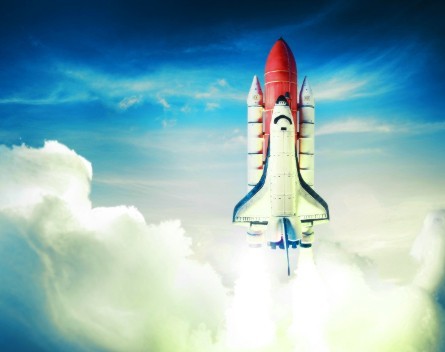 The Australian Space Industry is experiencing more interest than ever before and entrepreneurs are looking to take advantage, according to the Space Industry Association of Australia chair Michael Davis.

Davis has been involved in the space industry for the past 20 years, working as a lawyer providing legal advice regarding space activities for a number of clients, in addition to developing and conducting a number of space education programs in Australia.

“The level of interest is unprecedented and continually growing as well,” he says.

“There’s a very strong groundswell of interest in space from those involved in the sector in Australia, whether it be from established aerospace contractors, university research organisations, and the education community.”

Davis says a “dramatic change” in the emphasis of the United States space program, along with the emergence of private sector investments in things like launch capability, spacecraft and spacecraft design, is leading to more entrepreneurs entering the space.

“We’ve seen in Australia in recent times the emergence of some very bright and highly committed entrepreneurs, who are hoping to take advantage of this new emphasis, and these new opportunities for the private sector.”

That emergence of entrepreneurs coincides with the launch of Delta-V Australia’s Space 2.0 startup accelerator.

But despite this progress, one thing is holding the scene back, Davis says.

“The one ingredient that we are yet to properly develop is an active commitment by the Australian government to implement its national satellite utilisation policy in a way that translates into government commitment and investment in satellite technology and satellite services,” he says.

In order to encourage government to implement policies promoting growth in the space startup space, Davis says the Space Industry Association of Australia is developing a policy paper that will set out a strategic vision for the future of the industry.

The paper is expected to be released in about six months’ time.

“The aim is to have a collective sense of the direction in which we believe Australia can best support investment in space technology,” he says.

“Australia has a broad range of skills, experience and history in space, going back to the late 1960s, which we were an active participant in both European and United States space programs.

“But we have always struggled to develop a unified national approach to taking advantage of that.”