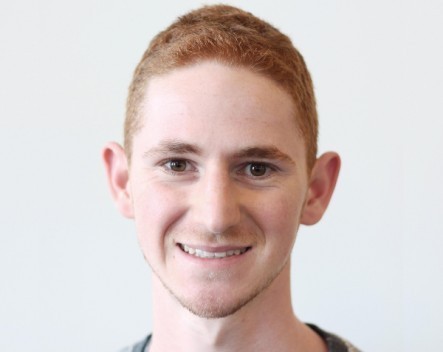 The latest round of entrepreneurs to graduate from the 500 Startups accelerator program have pitched their companies to hundreds of investors at the organisation’s demo day, with one Aussie startup taking out the top spot on investment ranking platform Mattermark.

Speedlancer was ranked first by Mattermark out of the 33 companies that pitched on Batch 12’s demo day.

The ranking – which helps VCs and angel investors choose which companies to invest in – is based on an algorithm that measures app downloads, social media traction, website traffic, press mentions and the number of employees and capital raised.

Speedlancer launched last year, and allows users to outsource miscellaneous tasks to experienced freelancers who complete the work within a guaranteed four-hour timeframe.

Founder Adam Stone told StartupSmart the demo day was a great opportunity to put everything he has learnt in the past four months to the test.

“I really enjoyed it and met a lot of people – it’s not often you get to pitch to 600 investors,” he says.

“It was actually the biggest demo day 500 Startups has ever had. I got to meet a few investors, which was a good experience and hopefully something comes out of that.”

Stone says it was interesting to see how much his pitching skills have progressed since the accelerator program kicked off earlier this year.

“In the beginning I didn’t even have a pitch,” he says.

“500 Startups puts a huge focus on the pitch and demo day, we were always doing pitch practise once a week. Then for the last little while we were doing pitching practice every day. The pitch is supposed to be a taste of your company and get people interested in talking to you, and the aim of them talking to you is to get a meeting.”

As for his advice to other young entrepreneurs looking to turn heads and catch the interest of investors, Stone says it’s all about putting in the time and effort.

“I probably practised over 50 times and that way you basically nail it because good presentation makes a big difference,” he says.

“It’s all about how people perceive you.”

Stone will stay in San Francisco for the next few weeks and aims to spend the rest of the year in the US, “visa issues pending”.

Reflecting on what 500 Startups has done for him and his business, Stone says it has given Speedlancer a “seal of approval” and also taught him the importance of having good mentors to help guide you through the rough patches.

“The number one thing is having the brand of 500Startups investing in you,” he says.

“It’s a seal of approval for you and your company. That’s extremely important and makes getting meetings for investment a tonne easer. The other big thing, especially for me being 20-years-old, is to have that access to mentors. It was of huge value talking to them about general business things and even personal things.”

Applications for 500 Startups’ 14th intake in San Francisco close on May 27. Successful startups receive $75,000 in funding in exchange for a 7% stake and take part in the organisation’s world-class accelerator.