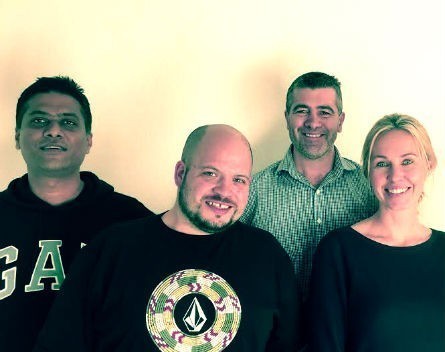 Australian-based startup Troozi was developed by Lija Wilson and Nikhil Jain, who met in 2005 while working for Fairfax on RSVP.com.au, Australia’s biggest dating website. Wilson says the pair gained an appreciation for online dating during that time, and wanted to explore the enormous opportunities on offer in India.

“We both have a passion for startups and digital growth businesses, and we couldn’t shake our passion for the online dating space,” Wilson says. “India is currently one of the most exciting startup markets in the world.”

Troozi is primarily an online dating site, with an app and a mobile version. The pair, along with fellow co-founder and investment advisor John Wilson, funded the initial development of the product and technology themselves.

They then launched a proof-of-concept phase and quickly hit 100,000 members. Wilson says they’ve so far targeted marketing to just Mumbai and Delhi, but about 28% of users have been gained organically through word-of-mouth.

A small seed round of funding was completed in order to validate the proof-of-concept in marketing. Wilson says they were able to prove their assumptions, and that they could grow the user base rapidly.

“We got where we needed to in a much shorter space of time than we thought,” she says.

Troozi opened for Series A funding in May, with the intent of using the funds to ramp up marketing and user acquisition. Wilson says so fair they’ve raised about 40% of their target for the round.

“We’ve road-showed in Australia and Singapore, and did a trip to India to meet with potential backers,” she says.

“We have a lot of open conversations at the moment.”

For Wilson and her co-founders, focusing their startup in the Indian market has been a challenging and rewarding experience.

“India is a very unique place in terms of what a marketer or new product needs to address,” Wilson says.

“For us, it’s the cultural differences in terms of how people like to date. We spent a lot of time in product development to make sure we’re serving India with a customised option.”

This is what sets them apart from their competitors in India, Wilson says.

“The global players have a presence in India but haven’t done a lot of customisation for India,” she says. “There are some specific to the country but the majority of them are starting as app openings.”

There are over 930 million mobile phones in India, according to the Internet and Mobile Association of India, and it’s estimated that about five million users come online every month.

“From Australia, that’s pretty much bringing a new state online every month, or all of New Zealand,” Wilson says.

India’s internet market is also growing steadily, with over 200 million internet users. According to Google India, over half the country is expected to be connected to the internet by 2018. India is also a very young country, with 65% of the population under 35 years old. It was this rapid growth and a wealth of opportunity that led Wilson and her co-founders to focus on India.

Troozi is still in beta, and now has over 115,000 members. It’s currently monetized through a subscription-based service and advertising on the site.

Operating a startup focusing on India that’s based in Australia does offer certain challenges, Wilson says, but most of these can be overcome thanks to technology.

“We’ve got our whole tech team based in India, and we spend time going back and forth,” she says. “Technology is pretty fantastic in allowing people to operate from anywhere.”