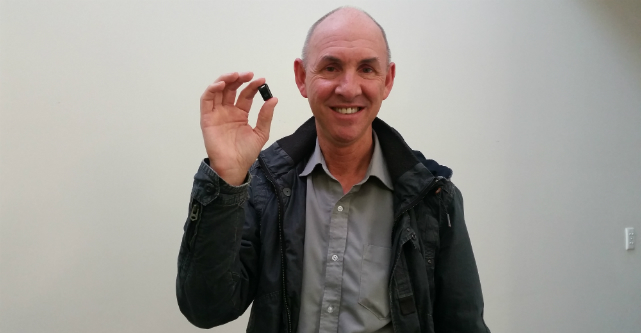 An Australian startup has been selected as one of the 24 finalists that will be pitching at Silicon Valley Forum’s World Cup Tech Challenge.

Financial security company BankVault is the only Australian company represented at the 3rd annual challenge, and one of four fintechs selected.

This year will be the third time the World Cup Tech Challenge has taken place, hosted at Microsoft’s campus in Mountain View.

The event dubs itself the “most exciting startup competition of the year” and will also feature keynote addresses from about.me co-founder Tony Conrad and Indiegogo founder Danae Ringelman.

According to its website, the event is “where the next generation of emerging tech companies from around the world meet to compete for the World Cup in Tech title” and also attracts Silicon Valley VCs, angels and prospective customers

Australia’s only representative is aiming to combat online bank hackers by offering a banking security solution, which connects smartphones and computers to a virtual desktop session.

Hackers cost online banks up to $500 billion each year, and only 35% of users will ever get their funds back.

This virtual desktop allows users to conduct online banking in an emulated environment; totally separate from the computer or smartphone they are accessing it from.

After the user has completed the banking, the session disappears, along with all data hackers could potentially use.

BankVault CEO Graeme Speak says he’s been trying to get into the Tech Challenge for years, and is relieved to finally achieve it.

After hearing about a large escrow firm that was hacked and subsequently went bankrupt, he came up with the idea of BankVault.

At the time of its inception in 2013, BankVault was called Rainmaker, and had already gotten interest from investors in San Francisco.

“We worked out the way to keep your data secure was to have the virtual machine rebuild each time you launch it,” Speak tells StartupSmart.

“Initially this took 40 minutes, but we implemented some supercomputing techniques and reduced that to only two seconds.”

“This announcement affected five percent of the population of first world countries, so our security options became a real selling point,” he says.

“When hackers steal companies money, banks have a certain period of time they investigate the theft.

“This delay can be the killing point for companies. They still have to send payroll and make payments, it’s easy to go bankrupt.”

After realising what the issue was, Speak reworked his solution to be more accessible and available to everyone.

These services have triple-layer security, so advanced that Speak claims, “even a ‘Mission Impossible’ team couldn’t crack it”.

How to get into a Silicon Valley pitching competition

The Silicon Valley Forum’s World Tech Cup Challenge takes submissions online, and Speak says it was important to be “succinct as possible”.

“Pitching our idea was a bit easier for us, we already have customers and we’re growing,” he says.

“I’ve been doing startups forever, so I know where my value is now, I know the technique.

“If you can take your concept and crystalize it so your audience can understand it in a heartbeat, you’ll overcome all the hurdles.”

In Speak’s case, his pitch was very succinct after he condensed it down to just four words – “stops bank account hacking”.

After their submission was accepted, it went through an adjudication process, and the team was notified a few weeks later.

Their presentation in Silicon Valley will take place on June 1, and Speak isn’t nervous.

“I’ve done this sort of thing thousands of times, and this event is really well organised,” he says.

Speak hopes to scale BankVault globally, stating they need the funding now to do so.

“We’re going through some funding rounds now, but I’m still looking for investors who are looking for an intersection of Fintech and cyber security,” he says.

For other company’s seeking investment, Speak says that “an acute paying point” is essential.

“Make sure it’s a real problem you’re solving, condense it into one short sentence that everyone can understand,” he says.

“I’ve been building this tech for 20 years, and it’s been uphill all the way.

“Once we pivoted into the idea behind BankVault, suddenly everyone got it.”

Speak says that an idea market is a vast and has lots of investment opportunities, but knows that those sorts of markets aren’t always available.

“Even if you get your traction in a niche market, make sure your concept is crystal clear,” Speak says.