Aussie startups “punching above their weight” in Fintech 100 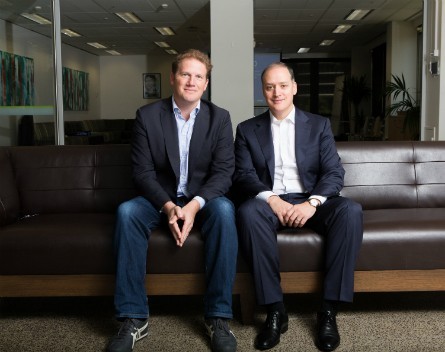 Australian fintech startups are among the best in the world and “punching above their weight”, the Fintech 100 2015 report says.

Compiled by H2 Ventures and KPMG, the report lists the top 50 leading established fintech companies and 50 “emerging stars” from around the world.

Australian startups SocietyOne and Prospa are both listed in the top 50 fintechs in the world, while seven local startups are included as “exciting new fintechs with bold, disruptive and potentially game-changing ideas”.

It’s a sign that the industry in Australia is going from “strength to strength”, H2 Ventures co-founder Toby Heap says.

“It’s great and we wouldn’t have been able to do that last year,” Heap says.

“Having that many in the emerging list is a good sign that a market which barely existed a few years ago is really starting to get going.”

It’s the second time the list has been completed, showing large growth in the sector worldwide, with fintech investment expected to rise by 60% from last year, reaching $US20 billion by the end of the year.

The top 50 list is based on the total capital raised by the companies, the rate of capital raising, geographical and sector diversity as well as  consumer and marketplace traction.

Many of the startups included also had a certain “x-factor” that captured the judge’s attention, Heap says.

“In an industry that will soon be irrevocably changed by the disruptive effect of innovation, the companies doing fintech best are those most likely to succeed,” Heap says.

“To make the top list is really difficult. The companies in there are really large, globally-relevant fintechs and the fact we’ve got two in there is great. I’d imagine there’ll be a couple more next year.”

Online small business lender Prospa places at #33 on the back of closing a $60 million Series B funding round in September.  The Melbourne-based startup is “changing the way small and medium businesses are funded” according to the report.

“It’s great to see Prospa leading the way in Australia and hopefully we’ll be the inspiration and driver for a lot more fintech startups.”

Peer-to-peer lending “pioneers” SocietyOne is the other Australian fintech in the top 50, placing at 37. The startup recently partnered with ridesharing giant Uber to help drivers access loans to purchase cars.

The fintech startups included in the list have collectively raised over $US10 billion.

Topping the list is Chinese online property insurance company ZhongAn, a joint venture between the likes of Alibaba and Tencent holdings.

Looking to next year

In a testament to the fast-growing nature of Australia’s fintech scene, seven startups are listing in the emerging top 50, including Avoka, Equitise, Metamako, Moula, PromisePay, Simply Wall St and Stockspot.

Heap says he expects at least six Australian fintech startups to close funding rounds of at least $20 million next year.

“That’s where we want to ensure those Australian fintechs can raise that money onshore,” he says.

“Typically in the past that’s when they’ve gone offshore and Australia becomes less of a focus over time. We now have a good capacity to invest in these kinds of deals.”

With a strong showing in the report and unprecedented levels of capital flowing, things are looking up for the Australian fintech scene, Heap says.

“It’s exciting that fintech is continuing to prosper in Australia and I’m looking forward to 2016,” he says.

“It’s going to be a really exciting year.”

Bertoli agrees, saying the stakes are in the ground and next year is all about growth.

“A lot of the groundwork has been done this year and 2016 is going to really be when the industry starts to get some serious momentum,” he says.

“Next year we’d love to see another five or ten on it.”