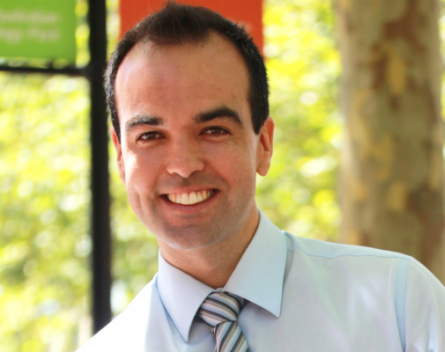 Enterprise app store startup Maestrano is on track to meet forecasts of 100x revenue growth year-on-year, has offices in Sydney, Seattle and Dubai, and has raised $2.6 million in capital.

Since being founded in 2013 it has grown its team to 18 people and is looking to increase that number to almost 50 by the end of the year. But it hasn’t been easy. As part of an ongoing series examining Australian founders’ experience of the ‘trough of sorrow’, StartupSmart chatted with Maestrano co-founder Stephane Ibos about his most difficult startup moment.

Ibos explains when he and co-founder Arnaud Lachaume founded Maestrano they were first-time founders who had no idea what to do. So they dove right in, taking a week-long holiday before quitting their corporate jobs, travelling to San Francisco to attend Launch Festival with nothing more than a Maestrano banner, and a product that didn’t work.

“We had no idea what a startup was, no idea what raising funds was. So we went to Launch Festival, booked a table for $500. We knew so little that we had a sign with Maestrano and nothing else. We realised pretty quickly we needed a banner that explains what we do,” Ibos says with a laugh.

“We were patronised by investors like never in your life. At the end of the day you felt like if ever we had an ego, it was gone. Massively gone, but it was a good education.”

That was a sign of things to come as Ibos and Lachaume went in search of investment while continuing to develop their product. Ibos says they spent months and months meeting with investors morning and night and being told over and over again Maestrano would fail.

“That was a tough time because it was challenging the very core our idea,” Ibos says.

“Everything we’ve done since, hiring staff, finding (customer) contracts, opening new locations. It’s not easy. You work pretty much from six in the morning to midnight, it’s lots of work. But it doesn’t challenge the core of what your vision is as an entrepreneur.”

Just two people working from a shitty apartment with nothing

Ibos says if he had a dollar for every time he was told during those first few months that Maestrano isn’t going to work, he’d be a multi-millionaire.

“It’s not going to work. Too difficult a market. Your technology, what you want to do is impossible. After six months hearing that it starts to get to you,” he says.

“It takes a toll to wake up every morning and realise we are two people in a shitty flat with nothing, constantly being told it’s not going to work.”

As a result, Ibos and Lachaume set themselves a deadline. If they didn’t have either investment or paying customers in 12 months’ time, they’d pull the plug on the business.  Seven months later they closed their first investment round.

Ibos says Maestrano is now in a strong enough position that it doesn’t need another capital raise, although they are considering one. Even so he is acutely aware that success today doesn’t guarantee success tomorrow.

Here are a few more startup founders on their trough of sorrow moments.

When deals fall over it hits me like a ton of bricks: ConX co-founder Annie Slattery

“I get overly optimistic and excited about potential deals, whether it’s forming key industry partnerships, raising money or signing up really big customers. This is a good thing in one sense, but I get so excited, when rejection comes in, it hits me like a ton of bricks.

“The strongest trait I’ve built personally since starting on the ConX journey is resilience. I get over these rejections by following up to get a good understanding of why we’ve been rejected and what we need to do to change that. I then refine the goals and set my sights on the next new and exciting deal and the roller coaster continues.”

“In the third year of my startup I have started to question the decision I have made. Why did I leave a very comfortable job in an investment bank to begin a company? At the time, in 2012, it was exciting. The risk, the reward, the options, the opportunity.

“Now I’m hit with the reality. This is fricken hard. This is harder than anything in investment banking. At least in banking you get to travel nicely, you eat at great restaurants, you have annual parties, you get a salary and a bonus. Yes you work hard, but you also receive pleasures.

“As a startup, the time to succeed is on average five years, unless you’re lucky. I am only 50% of the journey. Mismatched chairs at the office, no coffee machine, no monthly payslip to look forward to, budget airline flights at 2am. This is brutal. It tests your clarity of thought, your patience and your drive. I must admit, I am beginning to wither. I believe in my product more today than when we started. But the virality hasn’t come. Everyday feels like we might be on the brink of having to close.

“You can read all the literature in the world about beginning a startup. Nothing can prepare you for the actuality. However, if you believe, you persist. Faith, enthusiasm, and more belief to succeed. The key is patience.”

Read more: Four Aussie startups tell how they beat the ‘trough of sorrow’

Check back soon for more stories from Australian founders on their toughest moments, and how they overcame them. Are you a startup founder who has had a trough of sorrow moment? We’d love to hear from you. Email  kwhite@starutpsmart.com.au.