Aussie unis “late to the party’ and failing to teach entrepreneurship 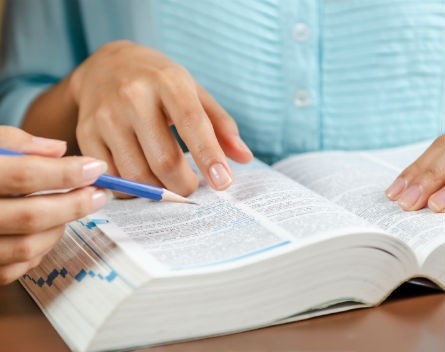 Kinner is the author of a new report on the current state of universities’ entrepreneurial output and what needs to be done, and he says most Australian institutions are currently failing in this key area.

“If universities think of teaching entrepreneurs as just a teaching activity then they’re on completely the wrong track,” Kinner tells StartupSmart.

“Teaching is really important because that’s how students acquire knowledge and skills, but one of the findings in the report is that if you teach entrepreneurship without having students actually doing entrepreneurship then it has no effect on the propensity to go out and start a startup.”

The report says all Australian universities need to follow the lead of the likes of UNSW and the University of Melbourne in implemented practical, industry-based entrepreneurship programs.

Lagging behind in the global race

The Boosting high-impact entrepreneurship in Australia: A role for universities report finds that Australia excels at the creation of knowledge, but is lagging behind the rest of the world in terms of innovation efficiency and the commercialisation of ideas.

“New knowledge in itself is not enough to catalyse broad-based change across an economy,” it says. “An important missing link between knowledge and its application is the entrepreneur.”

It says most Australian higher education institutions are failing young potential entrepreneurs and not providing them with the necessary skills to venture into the startup world.

“Producing and training entrepreneurs is not seen as a priority for most Australian universities,” the report says.

“Many of the existing programs are too small, do not engage students in STEM disciplines, or do not reflect international best practice. This is compounded by limited engagement between universities and industry.”

This is due to a number of reasons, including unis not regarding producing entrepreneurs as their role, the wrong culture, and limited experience of those actually teaching the courses.

“The main reason Australian universities lag behind their international counterparts is that we have come late to the party and are now having to catch up in response to student demand,” it says.

Kinner also says resistance of those in leadership positions and a lack of government funding are also standing in the way of progress.

“If the vice-chancellor fundamentally doesn’t understand the importance of entrepreneurship then it’s difficult for universities to invest in it. Culture is vital,” he says.

“You can see in some universities that if at a high level there is support, things happen a lot quicker.

“A lot of it depends on funding. There’s been a concerted effort at the moment from the federal government to look at how unis are funded, and that dialogue has been pretty positive.

“It’s fundamental that universities are measured by their economic impact rather than by peer-reviewed academic publications.”

Universities need to quickly adopt best practices from around the world, including the incorporation of lean startup principles, involving experienced entrepreneurs as mentors, and focusing the entire course around experiential learning.

“Entrepreneurship education should mostly not be about traditional classroom-based education,” the report says.

“It should focus on giving students opportunities to experience entrepreneurship for themselves.”

One Australian institution that is leading by example is UNSW, Kinner says, which has a dedicated centre for innovation and entrepreneurship, established in 2007.

“They’ve got a broad sweep of programs aimed at supporting student entrepreneurs and exposing them to the idea of startups.

“They’re tasked with supporting student entrepreneurs by giving them mentoring and guidance. Students can decide they’re interested in pursuing a startup idea and they’ve got some guidance for how to do that.”

The key to UNSW’s recent success is that it has incorporated entrepreneurial concepts into a whole range of courses, Kinner says.

There’s a wide-range of mechanisms for students to encourage entrepreneurship, it’s not a single course,” he says.

“In some of the worst cases those courses are taught by academic staff who have no first-hand experience of the doing of entrepreneurship. They might be very good teachers but they don’t inspire the students to actually do anything.”

Another initiative that should be replicated across Australian universities according to Kinner is the University of Melbourne’s accelerator program.

He says MAP provides the hands-on learning and industry connections that is sorely lacking in most universities around the country.

“They are definitely one of, if not the leading student accelerator in the country,” Kinner says.

“The main distinguishing feature is that it is properly funded and resourced to do things on a meaningful scale.”

“The risk is that we don’t produce enough entrepreneurs,” he says.

“We have the potential to massively increase the GDP by $190 billion by 2033, but we need 20 times more entrepreneurs doing tech startups.

“If we don’t produce a large number of additional founders then we’re not going to achieve that.”

But he says signs are looking positive, with the likes of UNSW and Melbourne University leading the way.

“There are a number of universities on the cusp of doing some meaningful stuff,” Kinner says.