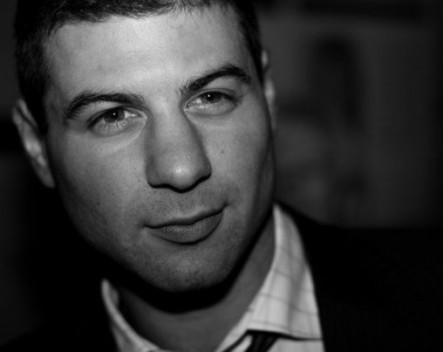 In three years, Adam Schwab and Jeremy Same have created an e-commerce empire of seven businesses that will bring in revenue of more than $100 million by the end of this financial year.

Schwab told StartupSmart that using personal capital gleaned from earlier businesses is a fundamental reason for this success.

“The biggest myth about e-commerce is that it’s easy, and entrepreneurs need to know it’s really not,” he says.

“The most successful businesses in the e-commerce space have all been a bit late to the external investment game,” Schwab says, citing Kogan and Catch of the Day as examples.

“There has to be a link there. You’re going to be so much more disciplined because you’re risking your own life savings and it makes you work extremely hard.”

He and co-founder Same launched AussieCommerce Groups’ first company, deals.com.au, in June 2010, as group buying began to take off. They used $1 million of their own capital, made from property investments sold at the height of the Melbourne property boom.

“We wanted to pivot to something more scalable than property. It was 2009 and we caught wind of Groupon and its growth in the US. It seemed like a good idea, then Spreets and Groupon Australia popped up, so we express- finished the site and made the site live in 2010,” Schwab says.

Signing up clients to a platform with an emerging business model was a challenge for Schwab and Same.

“We were relative novices in the e-commerce space in terms of marketing effectively and efficiently, and we had the old marketplace chick and egg issue with balancing content and clients. Selling clients to give you deals on a website that doesn’t exist yet was hard, but we got there,” Schwab says.

While many claim the group buying bubble is over, Schwab says they survived the contraction by ruthlessly applying lean start-up approaches to their company even as business was booming.

“We didn’t scale that quickly compared to most group buying sites. They got big quickly and for the wrong reasons, on a short term revenue run. Like them, we rode the early wave of extremely high revenue with an undertow of refunds and customer dissatisfaction,” Schwab says.

“But we had to do it the hard way, and that’s put us in good stead for when the industry contracted and margins dropped, so we hurt less when that happened because we had a smaller base.”

AussieCommerce Group has since been on a buying spree, acquiring e-commerce platforms in July 2012 and in June 2013. They also launched a targeted platform for luxury travel in June 2013.

“The two product sites we bought, now Ouffer and TheHome, were losing thousands a month and now they’re making about $100,000 a month. It shows what a lean start-up can do compared to a conglomerate,” Schwab says.

The company’s seven businesses are run from two offices, one in Sydney and one in Melbourne. Each site has a general manager, but all seven share the same support team and customer service team. The executive team manages all seven sites.

All seven sites are on the same backend system, which Schwab migrated to the Amazon Server hosting solution just over a year ago.

This shared backend means the team, now over 140 people strong, can easily share products and deals across multiple sites.

Schwab says he and Same are keen to never get seduced into a rapid growth, high burn rate start-up situation.

“We didn’t build this business to sell out. We’re building it to last with people we love working with. We don’t have wads of people through who aren’t the perfect fit. We run it like a family business,” he says.