Australia has a mobile advantage that it needs to focus on 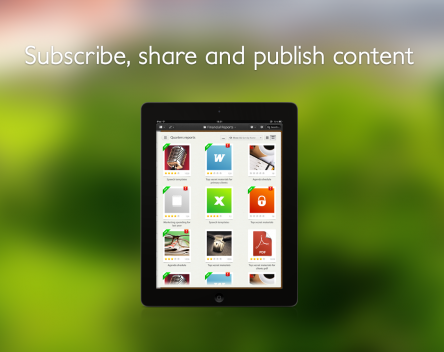 Australia is home to some of the world’s best mobile designers and developers, an advantage startups should be capitalising on, according to bigtincan founder and chief executive officer David Keane. Our advantage? Distance.

“Because we’re a long way away, we just don’t follow the trends in America. People here are forced to think about fresh new approaches,” Keane says.

Bigtincan was one of the first companies showcased at Sydney’s Tech23 conference back in 2009. Five years on, bigtincan is a very different company. Back then it was a calls and messages platform that helped people save money on their phone bills, allowed users to control how their smartphone rings and vibrates, and enabled them to make money by sharing content.

While its focus remains firmly on mobile, it now offers tools that allow its users to increase productivity by providing secure access to all types of content.

Keane points to companies like Firemint, acquired by EA, and Tapulous which was acquired by Disney, as examples of mobile first companies founded by Australians that have been able to take advantage of new approaches.

“We’ve found that Australia is an amazing place to get mobile design, and to take that design and build things, not just representations of what’s already on the web, but really fresh new ideas,” Keane says.

“Rather than using Australia as a test market, we should look at Australia as a core place where we can build these mobile first products, because it will work in Paris, Chicago, San Francisco just as well as it does in Sydney or Melbourne.

Having since relocated to Boston, the company wants to give back to the conference that Keane credits with helping it get started and is sponsoring Tech23’s Enterprise Mobility Leadership Award.

The winners of the award will receive a trip to Boston in order to gain an understanding of the industry in the region, network and establish connections.

Keane says when leaving Australia bigtincan strongly considered Silicon Valley as a potential base, but ultimately settled on Boston, an option he’d like to see more Australian startups consider.

“It isn’t just about seeing some VC in Silicon Valley and getting funding,” he says.

“The East Coast of the US is a great place to be, a lot of large US companies are based on the Eastern coast of the US, from Boston, right down to Atlanta and further to Florida. We found that customers really liked the idea that we’re there locally and able to work with them closely to provide the right solution.

“I really want to help people understand that’s sustainable. If you can do that, and get users loving your platform and get customers that’s really important.”

Companies participating in Tech23 get the opportunity to present their businesses models to a panel of industry leaders and over 400 potential investors.