Australia must prepare for massive job losses due to automation 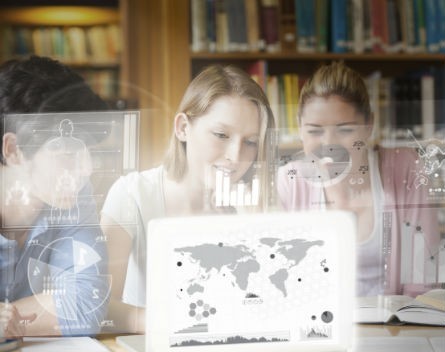 Australia faces some tough policy decisions to reshape its economy and prepare for an uncertain future, with predictions that up to five million jobs are likely to be automated by 2030, according to Australia’s Future Workforce report released today by the Committee for Economic Development of Australia (CEDA).

The researchers were looking at the probability of job losses due to computerisation and automation, and found that nearly 40% of Australian jobs that exist today that are at risk. They reported an even higher likelihood of job losses in parts of rural and regional Australia, with more than 60% at risk.

These challenges are not confined to Australia, but face every developed economy. It is how we adapt to this technological change that will determine our future economic prosperity, says CEDA’s chief executive, Professor Stephen Martin:

Australia and the world is on the cusp of a new but very different industrial revolution and it is important that we are planning now to ensure our economy does not get left behind.

These changes will not arrive overnight. However, within 20 years we are likely to see significant changes in industries that are currently considered safe.

We know that jobs in agriculture, mining and manufacturing have been squeezed in recent years, but sectors that have been relatively immune to technological disruption, such as health, are also coming under pressure.

In an earlier article, I outlined the thinking skills for the future that will be in demand. We have always needed people who can focus their attention on a problem and arrive at creative solutions, and who are not bound by orthodox thinking. And will continue to need them.

Creativity and innovation are not just cliches of the modern age. It is the kind of thinking that learns from history, but which is not bound by it. It sees the patterns of the past and projects them into the future to predict where the world will be in five or ten years.

This is the essence of the kind of thinking that drives innovation. Proactively looking ahead and positioning ourselves for when the future arrives, not waiting for it to arrive and being caught flat-footed.

Higher education has its part to play by giving people not just professional and vocational skills, but also the mindset of the innovative change agent – someone who embraces change and does not resist it. This is a learnable skill, if it does not already come naturally. It just requires a willingness to leave one’s comfort zone.

The private sector should be a powerhouse of innovation as it develops new products and services for a changing world and creates employment in the process. But it starts with government; with far-sighted policies that will help us to restructure our economy for a technological future that we would barely recognise today.

In the CEDA report, Professor Martin is scathingly critical of Australia’s apparent lack of commitment to properly fund education and innovation policy. We are, he says, “woefully underfunded compared to global competitors”.

The federal government’s five Industry Growth Centres, announced last year, can and should be making major contributions to meeting the challenges. Yet, as Martin points out, their funding amounts to only A$190 million over four years.

He compares this with the United Kingdom’s Catapult centres that will receive almost A$3 billion over the same period. Elsewhere in the world, the German Fraunhofer Network, the Netherlands’ Top Sectors Strategy and United States’ National Network for Manufacturing Innovation all have substantially larger allocations. To underfund is a false economy.

Until we get serious about funding innovation-focused research collaborations between academia and the private sector, we will increasingly fall behind and become less competitive against other countries who recognise the value in funding innovation.

The CEDA report recommends the policy framework used by Denmark. Their approach has three aspects that Australia can learn from to good effect:

While undoubtedly more expensive, it is arguably a better long-term solution than our current policies are likely to provide. It is investing in the human capital of a nation, taking the view that our people are our most valuable resource.

The emphasis is on educating and re-educating people for the jobs that exist now and which are likely to exist in the future. This proactive approach will keep the emerging, technologically focused economy of the future well-supplied with the skilled workers it needs for economic growth.

But won’t dole bludgers send us bankrupt? No, not necessarily. Australia, like Denmark, already has the same values of mutual obligation. Society will look after you, and you have an obligation to contribute in the best way you can. In Australia, we call this a “fair go”. We are all capable of contributing in some way, and with the proper training we can have the opportunity to do so.

Australia is a resilient nation, its people are resourceful and imaginative. With the technology to network our minds together, there are few problems that cannot be met and overcome.