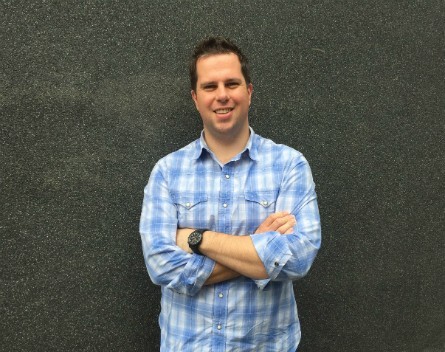 Australia is on the verge of becoming the fintech centre of Asia, so long as petty city rivalries are put aside and the government comes to the party, MoneyPlace CEO Stuart Stoyan says.

With changes in government, the rise of Stone & Chalk and an increased national focus on the sector, Stoyan says now is the make or break time for fintech startups in Australia.

“Now is a crucial moment for the evolution of fintech in Australia,” Stoyan tells StartupSmart.

“We have the opportunity to really open up the industry and support those in it to hoist fintech upon the shoulders of the nation, and really push it to become a global hub.”

It comes as an inaugural national fintech census is launched, with the aim of passing on the challenges faced by founders and their policy recommendations to the federal government.

A number of key pieces are coming together for the Australian fintech ecosystem, he says.

“Fintech as a community is coming into its own,” Stoyan says.

“Australia is in a unique position where financial services command a much greater share of the economy than other industries. We have a strengthening financial services sector and we’re well placed to seize on this opportunity.”

While focal points for the fintech industry have popped up around the world, there’s yet to be a major player in Asia, and this is where Australia’s opportunities lie, he says.

“In the US, New York is clearly established as a strong fintech hub,” Stoyan says. “In Europe it’s definitely London that’s taken that position.”

The need for action now

But for this to happen a number of things need to fall in place, Stoyan says. Most importantly, the focus needs to be national rather than on a competition between Melbourne and Sydney.

“It needs to be less about city rivalries and local ecosystems and more about the national ecosystem,” he says.

“There’s an opportunity at the moment about positioning Australian fintech regionally in Asia and global.”

There also needs to be government action at a federal level on issues like regulation and investment, Stoyan says.

“If Australia is to be truly competitive and ensure that we don’t lose fintechs overseas, we need to make broad policy changes that are more supportive of fostering the fintech ecosystem,” Stoyan says.

With the opportunities so expansive, the risks are equally large, he says.

“If this doesn’t happen now, the risks are that we’ll continue to lose companies overseas, there’ll be a lack of innovation and support, and it will impair Australia’s financial services industry,” Stoyan says.

“If we don’t set up the right policy environment and support the ecosystem, the risk is that we won’t be able to continue to evolve.”

With this in mind, Stoyan is launching a national fintech census along with Stone & Chalk CEO Alex Scandurra, to collate the issues and pain points of fintech founders, and deliver these to politicians, ASIC and others involved with shaping the community.

It’ll be the first of its kind seen in Australia, and follows on from a census of Melbourne’s fintech ecosystem that was also conducted by MoneyPlace in September.

It’s about defining how big this industry is and putting it on show for the rest of the country, Scandurra says.

“We were really impressed by the quality and number of startups that responded to the first census in Melbourne and now we need to demonstrate just how big fintech already is across the country,” Scandurra says.

“The Turnbull government will soon be announcing a national innovation agenda. Fintech will be a key part of this, and thus the National Fintech Census provides an opportunity for Australian fintechs to raise their hands, voice their opinions and be heard.”

The census, which was launched on Wednesday afternoon, will feature 35 questions for fintech founders, revolving around the business, customer base, location, challenges and roadblocks. It’ll be open for two weeks, and the results will then be passed on to the federal government.

Importantly, ASIC is on board with the concept, Stoyan says.

“That helps to highlight the proactive approach ASIC is taking with helping fintechs, and having their involvement is great,” he says.

“Hopefully the census will be able to identify the key issues and call-outs to provide to the Turnbull government, ASIC and other participants so we can strengthen Australia’s fintech standing globally.”

“We must clearly define and articulate a single vision for fintech in Australia to strengthen our position and become competitive at a regional and global level.”

The census of over 50 Melbourne fintech founders found a number of common challenges and recommendations from the community, focusing on loosening regulations, increased support, and the need for a dedicated hub in the city.