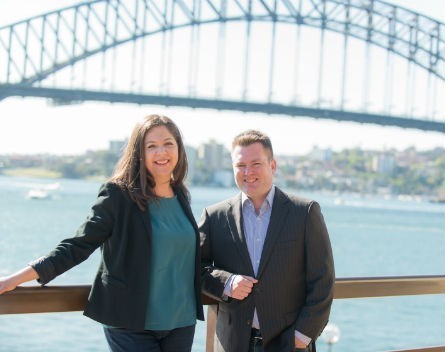 As StartupSmart reported earlier this year, the Windows Phone app had passed the 30,000 download mark as of May, after winning €50,000 ($69,500) in seed funding from Nokia and Microsoft’s joint investment program, AppCampus, in June of last year. It also took out the NSW Innovation MVP Grant in April.

“We have tested Project Tripod in the construction industry and that was really fantastic. We could really validate some of our assumptions and see the problems we could solve in terms of time-lapse photos,” Eibner says.

“We’re getting close to 60,000 users. It picked up at first, then slowed down and picked up again. We did very little marketing for it, the Windows Phone version was mostly about getting feedback and validating the model. And we’ve gotten a bigger and better response than we would have hoped for.

“In September we participated in QUT Creative Enterprise Australia’s Creative3 pitch breakfast and won that. Now we’re a finalist in the Creative Cup in Copenhagen.”

The Creative Business Cup, which runs November 17-19, offers more than $US100,000 in total prizes. This includes a top prize of $US20,000 with VIP travel to the Global Entrepreneurship Congress (GEC) in Milan in March 2015.

“The competition runs over Monday, Tuesday and Wednesday nights, local time. We’ll know by Tuesday if we’ve gone through to the second stage,” Eibner says.

Aside from the prizes, the event also includes a range of seminars, one-on-one sessions, investor matchmaking, a trade show, plenary sessions and an academic conference.

Project Tripod will also host a booth in the marketplace as part of the conference, which will give the app global exposure. There will also be a demo of the iPhone version of the app, which is set to enter beta in the coming weeks.

“The iPhone version is ready to demo – we’re just tweaking some user interface and account management features, so that should be ready for beta testing in a couple of weeks,” Eibner says.

“We’ve built it using Xamerin, meaning one code base for multiple platforms. So assuming the beta testing on iPhone goes well, we’re hoping to have an Android version in the next few months.

“I’m really grateful to QUT Creative Enterprise Australia. They’ve been really helpful and supportive in giving us feedback and help throughout the process.”