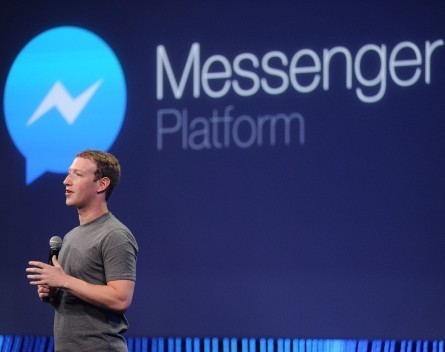 Australian developers are cautiously optimistic that Facebook’s decision to turn Facebook Messenger into an app platform will help strengthen the app industry.

Facebook announced the decision during its F8 conference in San Francisco, with third party developers able to develop apps that extend the messaging platform’s functionality.

Full details of Facebook’s new Messenger Platform API are available on its developers site. The announcement was made alongside the unveiling of its new Business on Messenger customer service functionality and also comes a little over a week after Facebook added a feature allowing users to transfer money directly to their friends’ debit card accounts.

While BlackBerry’s rival secure mobile messaging platform BBM (which is available for iOS, Android and Windows Phone as well as on BlackBerry 10 devices) has long offered similar functionality, its platform APIs are restricted to BlackBerry devices. (Ironically, Facebook is among the apps to take advantage of this API.)

“From an app developer’s perspective, this is very exciting. It looks like, instead of having to roll out their own messaging system, they’ll be able to piggyback off Facebook Messenger to provide that messaging functionality,” Bradford says.

“So for example, say you were developing a jobs marketplace app. Instead of needing to write your own code from scratch to facilitate that functionality, you can just plug and play Facebook’s messaging API.

“It actually reminds me a bit of a similar service a few months ago the developer community was very excited about, by a company called Layer.com. The only problem is that users had to create a second account to send messages. Because 98% of app users will already have a Facebook account with a friend list already, getting people to log in once with their Facebook account won’t be an issue.”

Marcus Lim, co-founder and chief executive of online marketplace Oneflare, told StartupSmart he was already looking at integrating a mobile messaging platform, such as WhatsApp, even before Facebook’s announcement.

“One of the issues is communications between customers and service providers before a job is carried out, and after they use the Oneflare platform. The issue is that businesses ring customers, but customers aren’t always available to take the call.

“Messaging works well because it’s less intrusive. The communications are often quite brief – such as when and where a particular job needs to be performed – and messaging avoids the issues of both parties needing to set up a call.”

However, realAs chief executive Josh Rowe told StartupSmart while there are advantages to Facebook opening up its APIs, there are also risks.

“However, the con side is how much we can trust Facebook, and to what degree we control our data. We’ve seen in the past the way big companies have opened up their platforms to outside developers, only to cut off access to those APIs down the track.

“And just look at the way Apple has copied people’s app ideas and created its own versions of them. So there needs to be assurances that Facebook will remain a neutral player and won’t end up competing with the startups that use this.”