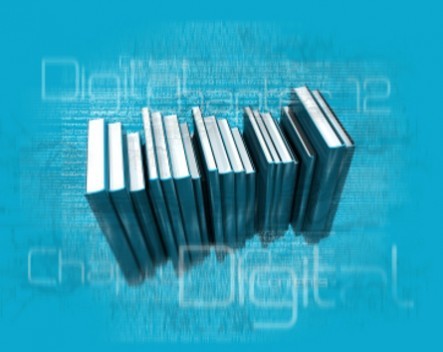 E-book writing, publishing and promotion platform 7write is looking for a home after attracting $250,000 in seed funding from a range of investors, including early PayPal investor Australian Peter Davison.

The start-up is in the final stages of the three-month Startup Bootcamp Amsterdam program. It is set to launch in public beta in the next week or so, final tweaks to its platform permitting.

The founder and developer of 7write, Paul Hayes, told StartupSmart the funding breakthrough and intense training experience has rewarded his commitment to getting 7write into an accelerator program.

“There are about 400 global accelerator programs. I didn’t apply for all of them, but I definitely applied for at least 50,” Hayes says.

“It took me four years to get here. I tried many, many different ideas and start-ups.”

Hayes says the success of 7write breaking through the crowd of ePublishing start-ups is due to offering a complete solution in an often confusing space.

“We understand a lot of people will take certain pieces of the puzzle, whereas we take an author by the hand and guide them through from concept to fully published eBook and paperback. We’ve gone to extreme efforts to simplify a complex process,” Hayes says.

Hayes started developing the interface for the platforms in September after trying to develop a range of start-ups. He says the demand after he listed on Beta List spurred him on.

“I did a one-pager and a lean launch on Beta List and had over 1000 people sign up, so I knew I was onto something,” Hayes says, adding that the listing and following accelerator applications attracted interest from investors in New York and Dubai.

Despite the success, Hayes is backing away from any claim of being a disruptive technology.

“We’re not trying to disrupt the publishing industry. There is a huge space for self-publishers to work synergistically with the major publishers,” he says.

Hayes says 7write taps into these problems as well as the rise of successful self-publishers achieving mainstream publishing success, such as E L James’ Fifty Shades of Grey and Hugh Howey’s Wool.

“We’re partnering with publishers around the world and giving them access to our sales data. So people who publish with us are getting exposure to publishers who are increasingly seeking out new talent who already gained traction,” he says.

Set to move into public beta shortly, the 7write team is in contract negotiations with several major publishers.

The focus on data is something Hayes is keen to keep developing.

“I know for a fact it was one of the things that interested Peter Davison quite significantly. So the more people who publish with us and the more data we collect, the better,” Hayes says, adding that they’re starting to experiment with cover split testing,

“In our development pipeline, we’re working on features like split test covers. It’s pretty close to impossible to do this in Amazon at the moment, but we’ve talked to Amazon and they agree that the number one factor in sales is the cover.”

The 7write team charges an upfront fee for authors to use the software that includes ISBN allocation, professional cover design, file conversion, and global sales. They also take a 10% cut of sales.

“We do that to align our interests with the author, they win and we win. We’re constantly experimenting with ways to sell more books,” Hayes says.

While anyone can publish using the service, Hayes says they’ll be offering extra services for bestselling authors, and working with them to test experimental marketing tactics before rolling them out to the wider network of authors.

Hayes says their focus post-accelerator will be on expanding the team of four, developing an HTML5 version of their software and working out where to base the business.

“We really are going to go where is best for the business. We do have a lot of interest and a strong base in Australia with a couple of funding offers available. But the majority of publishers are in Europe, so London, Amsterdam and Berlin are strong options for us too,” he says.

Hayes says not limiting the idea to a geographic location and honing his time management skills were key to the company’s success so far.

“Don’t limit yourself, apply to global accelerator programs. If I only applied to Australian programs, I would have had a fraction of the options,” Hayes says.

“If I had to pick one main skill to learn, it’s time management. If you can master your time, that’s a huge step up. You need to work out how to get things done. When you start up, there is so much focus on the idea and the notion the idea is what is going to get your there.

“But, really, the idea is just a multiplier of the team; if you learn to get things done, and combine that with a powerful idea and a powerful market research, you’re set.”