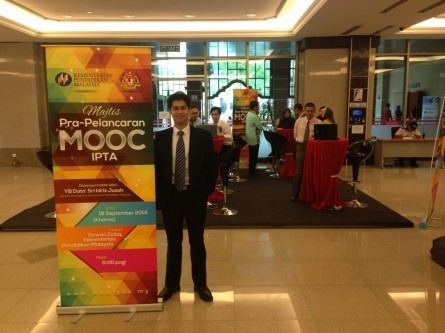 Australian startup OpenLearning has secured a deal with the Malaysian government to deliver 15% of the country’s public university courses as massive open online courses (MOOCs).

The Malaysian Minister for Education, II Idris bin Jusoh, says the initiative has the potential to take the country’s tertiary education to a much higher level, according to the Malaysian newspaper The Sun Daily.

The first stage of the agreement launched on September 18 with four MOOCs.

Prior to the agreement, OpenLearning had been working with a private Malaysian university called Taylor’s University to deliver 10 MOOCs with over 11,000 students from 200 countries participating. OpenLearning co-founder and chief executive officer Adam Brimo says that collaboration led to this latest agreement with the Malaysian government.

“Malaysia is leading the world in the application of MOOCs and active learning in the formal higher education system,” he says.

“We’re honoured to have been selected and look forward to working closely with the Ministry of Education and teachers nationwide in pursuit of Idris Jusoh’s goal of balanced excellence in higher education.”

While he was unwilling to go into detail regarding the terms of the deal, Brimo says it was a big step for the startup. In addition to its Malaysian deals, Open Learning is also working with a number of Australian corporate and government clients.

Brimo says the OpenLearning platform is focusing on Australia, China and south-east Asia. He admits there’s plenty of competition, but stresses the platform differentiates itself by moving away from traditional “boring” methods of online learning.

“OpenLearning is a combination of social media and Wikipedia. It’s really about student collaboration,” he says.

“The focus of open learning is on helping to create engaging courses online. At the moment it is usually all about content, videos, slides. It’s a very boring experience. But when you do a course in real life, it’s actually quite fun. You’re working with other people, having fun.