Australian platform linking students and social enterprises is heading to Washington, thanks to 1776 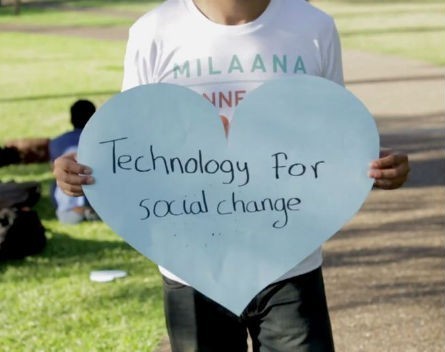 A platform that connects university students with project-based internships from social enterprises and charities has been named among the four Australian startups set to participate in the 1776 Challenge Festival next year.

Milaana was founded in July 2013 by Hollie Gordon during her final year studying a Bachelor of Business and Bachelor of International Relations. Gordon told Private Media the inspiration for the site was drawn from her own experiences as a student.

“I started Milaana during my last year at uni while I was doing volunteering and looking for internships,” Gordon says.

“Milaana is a social business startup that connects uni students and jobseekers with the projects of community organisations… It’s a Hindi word meaning ‘to connect people’.

“Students are looking for experience, charities need volunteers, and students are naturally good at things like social media.”

After launching a minimum viable product in September of last year, Gordon launched a crowdfunding campaign on Pozible to help fund further development in April of this year. The campaign ended up raising $15,750, beating a target of $15,000.

“With charities, a lot have come by referral, but we also run workshops where we ask them to join,” Gordon says.

“We give them a free 30-day trial for their projects. They create an organisational profile, then fill in the scope of the project, the deliverables and what the positions are.

“And then it’s all free for students to look through those position descriptions or look through the success stories, and then we have a number of tools to help them.”

Milaana’s platform also offers a number of tools for students and organisations to help manage an internship. These include an itinerary and supporting materials at the start, a mid-internship review, a performance review, as well as the ability for both the intern and the community organisation to share its story following the internships.

The social enterprise was recently named as one of four Australian winners of the Challenge Cup, and is set to participate in next years’ Challenge Festival, organised by global incubator 1776.

The prize is the latest in a series of honours, which have also included Brisbane Lord Mayor’s Budding Entrepreneur Program prize earlier this year, along with participation in the G20 Young Entrepreneur Alliance.

“The 1776 Challenge Cup looks at startups from 16 cities across four pillars: Education, health, energy and cities. We applied in Sydney and we were looking more to connect with community groups than win the competition,” Gordon says.

“It was a really amazing surprise to win the Sydney Challenge Cup, which will take us to Washington in May for a week of collaboration and meeting with mentors.

“One thing – and it’s something that doesn’t get said enough in startup circles – is that there’s an amazing team behind Milaana that helped make it possible – 22 students helped with Milaana. We’ve used our own tools to build our own team, and I want to thank the people who made it all possible.”