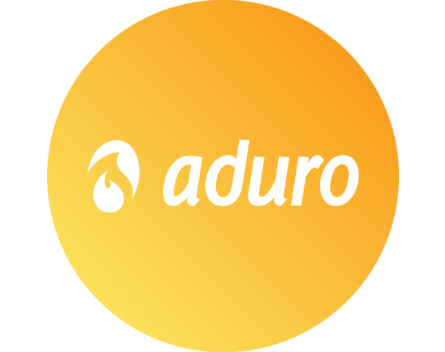 The online learning industry is stuck in the past, according to GO1 chief executive officer and co-founder Andrew Barnes.

Recently GO1’s Aduro was ranked as the best learning management system in the Asia-Pacific, according to rankings by e-learning expert Craig Weiss.

The startup has come a long way since bootstrapping the development of the product at the beginning of 2013. It now has revenue in the “millions” per annum and employs 50 people across Australia, the United States and Vietnam. It’s set to expand to London next month.

There are over 16,000 users and organisations on Aduro. In Mexico alone, over 3000 schools are using the platform to create collaborative projects across multiple school districts.

After beginning as a web agency, the company has shifted its focus to the online learning space after realising the dire need for a product.

Barnes says one of the recurring themes GO1 heard from clients was the need to build e-learning portals, because none of the solutions available fit the requirements of what those organisations were after.

“Online learning and learning with technology is still stuck in a paradigm from 10 years ago,” Barnes says.

“There’s some dominant players in the market, US company Blackboard, and because they’ve got a monopoly they’re tactic was not to innovate, but buy the number two company in the market every four or five years. They buy every company and discontinue their products.

“We saw that as an opportunity.”

He says Blackboard has yet to try that tactic with GO1.

“They’re not the ideal suitor for us.”

However, the company has received interest from US-based venture capital and private equity firms.

Barnes is well placed to comment on the online learning space, he’s doing a PHD on the topic and will soon head to the UK on a Rhodes Scholarship. “I like juggling,” he says with a laugh.

Craig Weiss releases his LMS rankings every six months. Earlier this year it was also named the best new LMS of 2014.

Barnes credits that success to being one of the first LMSs to adopt a mobile native approach and by focusing on making its platform as accessible as possible.

“We focus on a mantra that you shouldn’t need to learn how to learn,” he says.

“In a lot of software systems there’s 1001 different features and often a lot of users aren’t able to take advantage of them.”

Aduro isn’t limiting itself to the education sector. There’s a need for LMS across corporates and non-profits too.

“Our customers span traditional schools through to unis, but learning and training is a universal concept that applies to government, not-for-profit and large enterprise as well,” he says.

The way in which all of those organisations provide education to students and employees is going to change dramatically in the next five to ten years, and GO1 hopes to be leading the charge, Barnes says.

While the company is looking at the possibility of taking on investment now, Barnes says there’s no doubt the hunt for capital can be a distraction for early-stage startups.

“We’re getting a lot of interest overseas and looking out to the market because we’re at a point where we can provide return on capital, and that will help push our presence in the US,” Barnes says.

“Companies like Atlassian show, within Australia we need to bootstrap because there isn’t necessarily the capital markets here.

“My personal view is that (venture capital) can be a distraction. There’s certainly where it’s needed, biotech and pharmaceuticals in particular. But with web and software services, particularly SaaS, there shouldn’t be any reason not to cash flow that, or at least get it to that level initially.

“When you want to put the rocket booster on and scale it out, use it for that.

“We’re definitely behind the concept of build locally and scale globally.

“We don’t want to be number one in the Asia-Pacific, but also the world, and that’s imminently achievable.”