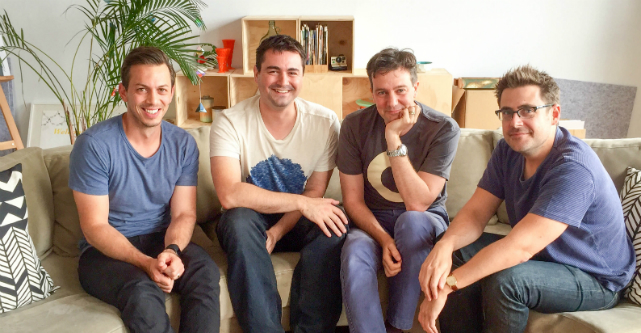 Culture Amp CEO Didier Elzinga says he’s excited to give back to the local startup ecosystem.

“We have spent the last three years taking Melbourne to the world, it’s really nice to be able to bring the world back to Melbourne,” Elzinga tells StartupSmart.

But its “unconference” format will mean the 170 plus guests attending will get to formulate the agenda for the conference on the day.

It may sound like madness, but Elzinga says the results are always incredible.

In between the four keynote talks, more than 40 sessions in six rooms will take place.

“Everybody who turns up is encouraged and invited to write a topic they want to present or hear about,” Elzinga says.

“The thing that makes it so powerful is it means they’re real topics.”

The interactive format of this conference gets people deep into rigorous conversations about the everyday challenges they face in creating strong workplaces.

With guests able to easily switch from audience member to presenter, the able to drive the conversation together, which leads to an an open exchange of ideas, strategies and knowledge, Elzinga says.

“It can go in really different directions,” he says.

During his keynote talk, Elzinga will share how they’ve been able to grow Culture Amp into a team of nearly 100 across four global cities.

“When it comes down to people and culture, it’s hard,” he says.

“Particularly, for companies that are growing fast.”

To help others in the business sector, Elzinga will share the good, the bad and the ugly.

“It comes down to human psychology,” he says.

“In all areas of the business in a startup, you’re trying to do what most people don’t think is possible.

“It takes a hubris and energy.

“Who is a team of engineers to think they can build a better product than Microsoft or IBM?”

At Culture x Design, Elzinga wants to create some answers to these challenges and hopes to inspire, connect and empower attending CEOs, HR professionals, business leaders, engineers and startups with new ideas and skills to boost innovation, creativity and productivity in their own teams.

“It’s about strengthening the community,” he says.