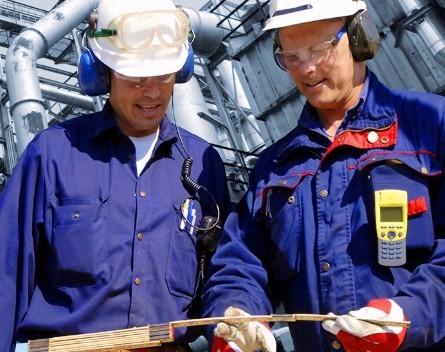 Aeeris, the company that operates Australia’s only national location-based weather and hazards early warning service, is seeking to raise $6 million through an initial public offering (IPO) on the ASX.

Aeeris executive chairman and chief executive Kerry Plowright told Private Media the original idea for the company and its Early Warning Network (EWN) came in 2006, while he was working on an e-commerce collaboration project.

“I looked out the window at storm clouds – this was a year that was a bad one for bushfires and natural disasters – and I asked ‘why doesn’t anyone warn people about disasters based on location’,” Plowright says.

“So we spent the year in development and rolled it out at the end of 2007 with an operational system. It was the first system for severe hazards in the world, and it’s been in operation since then.

Since launching, Plowright says there have been over 20,000 separate events the company has sent alerts for, covering everything from solar flares and bushfires to floods and cyclones.

“No one understood what we were doing at first, so we made it free for the first two years. Brisbane City Council was one of our first customers. They piloted it for a year and then tendered that out. We won the tender to provide services for their residents,” Plowright says.

The company now boasts 185,000 subscribers, over 43,000 app and Facebook users and over 100 paid corporate and government clients. It provides bespoke services across a number of industry verticals including local government, construction, mining, containers, heavy haul/freight and rail.

The system delivers warnings through SMS, voice, email, push notifications, Twitter, directly into the client’s own IT systems. Aside from preventing loss or damage, this allows businesses to save money by continuing operations without being overly cautious.

With company directors increasingly liable for the safety of their employees, it’s unsurprising the EWN has attracted interest both at home and abroad.

“Initially, an IPO wasn’t on our mind, but with our company growing internationally and piloting successfully with a company in North America. We have huge opportunities, and we needed to resource those opportunities appropriately,” he says.

“You could potentially go down the route of bringing in new investors, but [an IPO] was the cleanest opportunity for us.”

Plowright says while he would not have been comfortable with taking a company to an IPO three or four years ago because it would have been a speculative investment, he now feels he has a mature business model.

“We’re different to a lot of the tech companies you see out there, because we’ve got a rapidly growing revenue base. We have a mature and proven business model and over 100 customers,” he says.

He also says assembling the right team and accurate costings going into the IPO has been “most important” as it has prevented a cost blowout.

The IPO is being managed by Veritas Securities and the listing application for the ASX will be lodged in the next few weeks once the prospectus has approval from ASIC.