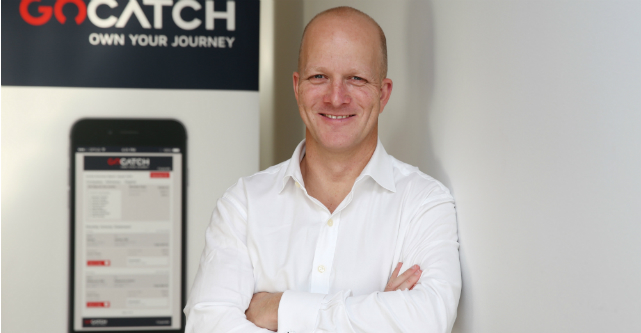 Uber’s Australian rival GoCatch is rapidly expanding to Queensland after the state government announced to would be legalising ridesharing next month.

Since launching its ridesharing offering GoCar earlier this year the GoCatch app has racked up more 350,000 downloads.

New CEO David Holmes says GoCatch was already actively working to build up its Queensland driver base and is now looking to launch in the state as soon as the legislation is passed.

“We’d expected it late this year, early next year, which is when the major legislative changes go through,” Holmes tells StartupSmart.

“But we’re really happy with it, we’re ready to go and while it’s caused a little bit of acceleration and panic, we’re really comfortable.”

The big challenge now, he says, is to quickly get their logistics team up to Brisbane and the Gold Coast to check, train and on-board new drivers.

“We’ve already got 600 interested drivers in a matter of days,” Holmes says.

Holmes says GoCatch has enjoyed strong growth in Sydney over the past few months despite the aggressive rivalry with global tech giant Uber.

“They’re pretty brutal, they play dirty but we’re not going to come down to their level,” he says.

Holmes says GoCar has enjoyed “triple digit month-on-month growth” and will only enter states where ridesharing has already  been legalised.

In each state the startup expands to, Holmes says it’ll be making a dedicated effort to ensure drivers comply with state regulations, compliance and standard checks like working with children and health tests.

Holmes believes this, in addition to including GoCatch’s network of more than 25,000 taxis, gives the local offering a strong competitive edge.

“I’ve been involved in a lot of exciting startups, this certainly is the most innovative and exciting environment with the legislative and competitive framework changing on daily basis,” he says.

“We have hundreds of drivers wanting to work with us exclusively.

“Our mandate as a business is we pay them more, we’re Australian-owned, we pay them daily.”

In addition this, he says GoCatch has cut back on marketing spend, and is instead focusing on building new features and getting the app to a level that will make it the first choice for ridesharing and taxi bookings in Australia.

“Rather than buying loyalty, what we’re doing is earning loyalty,” Holmes says.