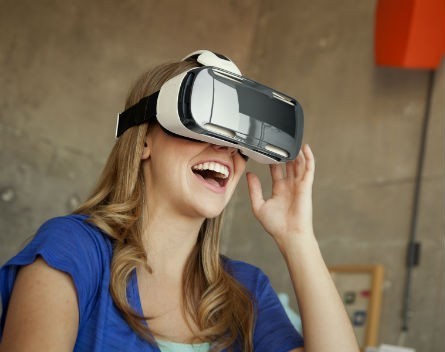 An Australian virtual reality pioneer has highlighted the business potential of immersive content as Samsung Gear VR headsets are set to be rolled out to selected customers aboard Qantas flights, ahead of an upcoming launch of the product.

Samsung’s Gear VR headsets are set to be made available as an entertainment option to Qantas customers in its Sydney and Melbourne International First Lounges, as well as for First Class cabins on selected A380 flights.

“Firstly, Qantas looks progressive by introducing virtual reality. And, secondly, Samsung gets to expose this technology to senior executives. They will go back to their work environment aware of this technology, and will look at how it can be applied to their businesses,” Pernar says.

The deal between Qantas and Samsung comes ahead of the Australian launch of the Gear VR headsets in the coming months. While Samsung has not confirmed a local launch date, it promises the device will see a local launch soon.

Pernar says the launch will mark the first time a consumer virtual reality device has been available in Australia.

“At the moment, we have almost all the big IT players in this space, including Samsung, Sony, Microsoft just announced HoloLens, Google, Facebook, and I’m sure Apple have something in the works too,” Pernar says.

In the public imagination, virtual reality is often linked to games and entertainment. However, the technology also has significant potential in a number of industries, including engineering, events, retail, fashion, data visualisation, real estate, sales, marketing, training and education.

For example, virtual reality could potentially be used to close the gap between online and bricks-and-mortar retail by allowing customers to try on an outfit before purchasing it. Meanwhile, construction firms report an 80% reduction in requests for information on projects that have been modelled with virtual reality ahead of construction.

Pernar says there’s a whole body of scientific research into how various fields can benefit from the technology. But despite the opportunities, there are still only a small number of companies developing commercial virtual reality applications.

“There are a few developers who have produced demos. For example, there’s Sean Edwards from Lucid VR in Brisbane, whose Lunar Flight demo was widely acclaimed, and praised by Occulus.

“But in terms of company who can deliver to corporate clients, VRV is the first and only partner for Samsung for virtual reality services in the world at the moment.”

In order to demonstrate some of that potential to corporate clients, Pernar is currently preparing a Virtual Reality information day in Melbourne’s Docklands on February 27th.

The invitation-only event, which will run from 2pm to 6pm, will bring together Samsung, the Australian Virtual Reality Industry Association, as well as the Australian independent retailer of the year for 2010.

“It’s a matter of getting of getting as many people as possible to experience this technology. It’s the next big thing. But you really can’t explain it – you need to experience it for yourself.”

Businesses interested in attending the virtual reality event are encouraged to get in touch by emailing  [email protected].